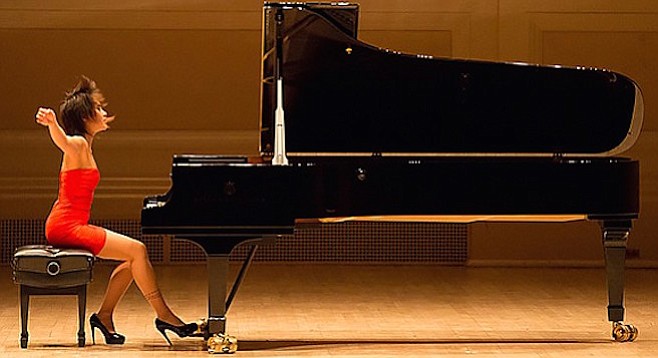 Kick off with star power

The transition begins with the 2015-2016 San Diego Symphony season on Friday, October 9, at 7 p.m. The transition refers to Jahja Ling’s stepping down as the music director for the symphony after the 2016-2017 season. The process is being prepared for during this season.

This season will feature several different conductors, some of whom will receive consideration to be the next music director. However, the opening weekend will be conducted by Ling. The guest conductors for 2015-2016 are:

In 2004 Maestro Ling began constructing the orchestra and has succeeded in bringing the symphony to a level which, I feel it is safe to say, is higher than it has ever been. We can admire and appreciate all that he has accomplished for the city and also recognize how difficult it must be for him to hand this creation off to someone else.

As in years past, the season starts off with a superstar guest pianist joining the symphony. In previous seasons the likes of Lang Lang and Lola Astanova have been the openers. This year it is Yuja Wang. Prepare yourselves.

Yuja Wang is a titan in training. She has the resume that all world-class musicians have but she also has what we might call “star power.” She has youth, beauty, and musical insight. Her youth and beauty can attract a diverse audience while her musical ability and insight can impress a select audience.

During her San Diego weekend, Wang will be performing Mozart on Friday and Sunday and Tchaikovsky on Saturday. I expect the concerts to be well attended.