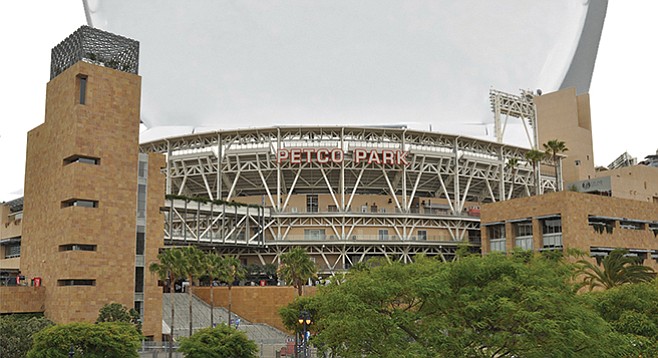 There was a wild and crazy time this spring in the city council’s luxury skybox at downtown’s Petco Park, judging from the ballpark suite’s official second-quarter attendance sheet filed with the city clerk.

On April 11, two guests of Democratic council member Myrtle Cole “locked themselves in the restroom for over 20 min.,” according to an attendant’s note. “I told them it wasn’t Aloud [sic].” In addition, an attendee listed as representing the Balboa Tennis Club had to be ejected by police at 7:50 the same evening. “I gave him two warnings. He was being [sic] Disruptive Behavior!!!”

It’s not the first time the action at a council venue has gotten out hand. In September 2014, then stadium board member Jess Durfee called out drunks in the council’s Qualcomm box, saying he saw guests there who “could barely walk due to their alcohol consumption, an issue that should be addressed (alcohol is provided with the Buffet).”

Myrtle Cole, Marne Foster -- what kind of shabby representation is the 4th District and Southeast getting on San Diego City Council and the San Diego Unified School District? It's a shame.