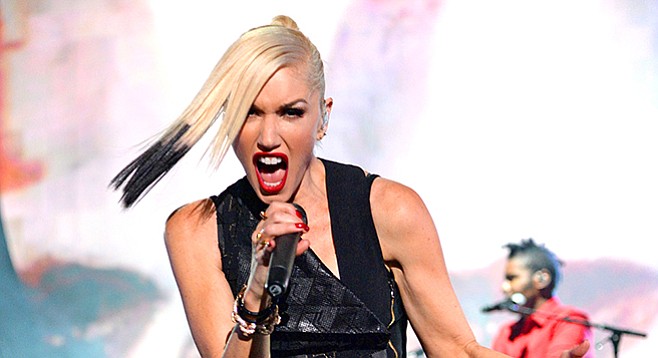 No glamping at Kaaboo — say what?

Like La Jolla tennis instructor Rob Hagey whose love of music led him to launch the San Diego Street Scene (1984–2009) as a music industry outsider, Kaaboo creator Bryan Gordon drops into the concert business from the outside.

For his first show, the Denver-based investor thought big: he launched a SoCal music festival that unlike Coachella would cater to an older fan with more mainstream musical tastes. Kaaboo tickets are $329 for a three-day pass or $125 per day to see 100 acts on seven stages including No Doubt, the Killers, Snoop Dogg, Counting Crows, and the Zac Brown Band.

Two weeks before the September 18–20 festival, Gordon disclosed that the average age of advance ticket buyers is definitely older, “37-38, just as we guessed.” But he would not release any sales figures, except that the 2000 VIP tickets that go for $799 are almost sold out. If Gordon was nervous about the success of his venture, he didn’t sound it.

While some music festivals have turned to glamour camping — “glamping” — as a means to accommodate guests, Gordon says initial plans to offer overnight camping on the fairgrounds were cancelled. “We didn’t get an early enough jump on it. We didn’t feel we could provide a superb enough guest experience.”

But Gordon does maintain that all guests within Kaaboo will have plenty of seating and other accommodations once they are inside the event.

“Increasingly promoters see a market for providing enhanced VIP creature comforts,” says Gary Bongiovanni, publisher of concert trade magazine Pollstar. “It’s not enough to just put up a stage in a field somewhere and expect fans to just stand there.”

I note that the Coast News seemed bent on writing stories that seemed to stoke the fears of Kaaboo. A June headline: “Del Marians Wary of Kaaboo.” And from August: “Residents Still Wary of Kaboo.”

“It is perfectly natural for people who live near the fairgrounds to have concerns and reservations. We have had many meetings with the community and officials.” He says the influx of people will be much less than the opening day of the races or a big day at the fair.

Gordon says there will be no outdoor live music after 10 p.m. and that the EDM music will not escape its building.

Why Del Mar and not Orange County or L.A.?

“Del Mar Fairgrounds is a special place with great architecture and all the infrastructure. It has 350 acres and great general location in beautiful San Diego, near I-5 and the train station. San Diego has a great vibe. We fully intend to have this thing get a life of its own and come back many years to come.”