After a two-day manhunt, law-enforcement officials in Illinois conceded defeat in locating a prisoner who'd escaped from custody at a rest stop last week. Joshua Drinnon was being transported back to San Diego's R. J. Donovan Correctional Facility, where he was serving a sentence for armed robbery. 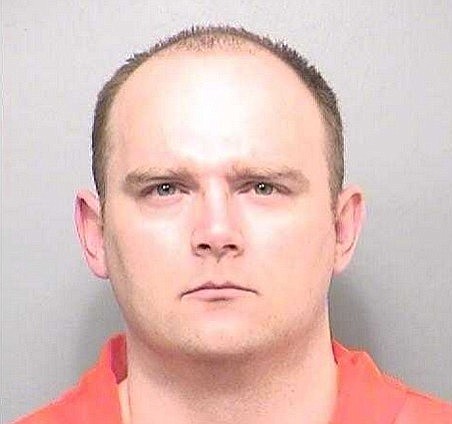 Thirty-five-year-old Drinnon was originally transported from San Diego to Tennessee for sentencing related to a 2010 gas-station robbery. After the crime, he'd traveled to California and attempted another holdup in San Luis Obispo, after which he was caught and sentenced to 17 years in prison. Drinnon's sentences for the two incidents were to run concurrently during his tenure at Donovan.

On September 2, however, Drinnon slipped away from guards at a rest stop in Bureau County, Illinois. Over 100 local and state police officers, aided by helicopters and tracking dogs, were called in to help in the manhunt.

By the beginning of the weekend their search had been fruitless, so authorities called it off and turned over the case to the U.S. Marshals Service, which handles longer-term fugitive cases.

Drinnon was scheduled to be released from California custody in 2025, at which point he'd have been transferred to Tennessee authorities to serve an additional six years.

It looks like he got an "early release" albeit unintended. All this concurrent crap is crap. You do the crime you do the time therefore sentences should be consecutive.