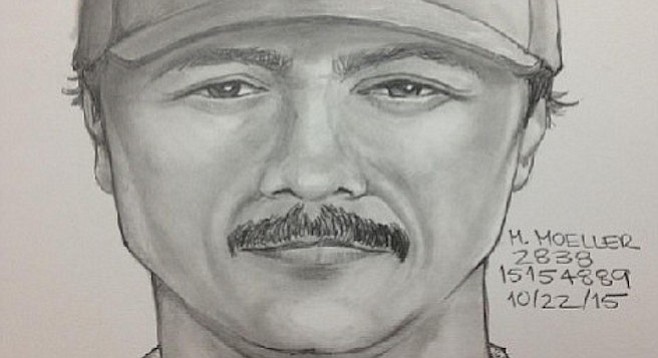 Authorities in North County are looking for two men accused of attempting to kidnap a 17-year-old girl on her way to school in Encinitas.

According to a report from Capt. John Maryon with the San Diego County Sheriff’s Department, the men, described as "a Hispanic man in his 40s wearing a plaid shirt and a faded blue baseball cap" and "a Hispanic man in his 40s with shaggy hair" approached the victim shortly before noon on Thursday (October 22) near the corner of Melba and Nardo roads while she was walking toward San Dieguito High School Academy.

The pair, driving a small white pickup, attempted to drag the girl into the truck before she was able to break free and run home.

The sketch depicting the driver was included in a later release. Tipsters can contact the sheriff's department at 858-565-5200 or the Crime Stoppers anonymous tip line at 888-580-8477.