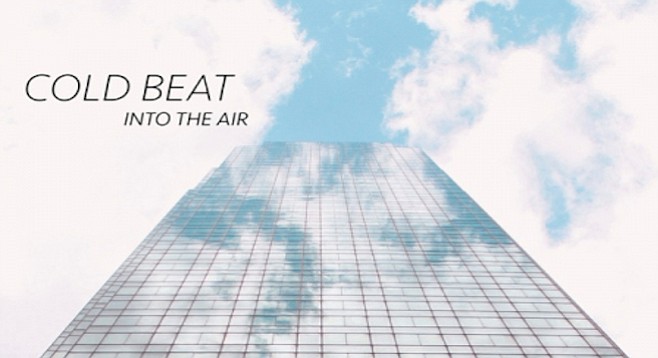 ...just a year after the SanFran band's strong debut, Cold Beat's back with Into the Air

After a strong showing with their debut LP Over Me last year, punk/electro-pop band Cold Beat is back with Into the Air. Already, the band seems in sync, a feat that could take more than a few albums for a new group to master before they start pushing personal boundaries. 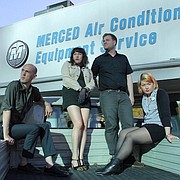 ...off of Cold Beat's Into the Air album

Haunting, isolating melodies and moody soundscapes are what Cold Beat does best, evident in the synth-wave wanderings of the instrumental "Clouds" and the drum-machine and space-rock album closer "Ashes.” But the band can also change its attitude within a song. They build tension with a guitar clang and propulsive drumming on the protopunk “Sisters,” a song that later finds solace in a flowing melody, which was there all along. Compare those textures with the brisk guitar strumming of the straightforward "Am I Dust" or Lew’s heartbreaking indecision on “Broken Lines,” and Cold Beat’s versatility impresses.