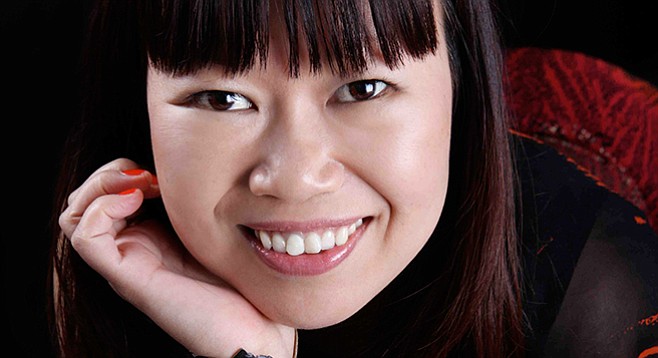 Is jazz the new rock?

The Akiko Tsuruga, Graham Dechter, and Jeff Hamilton Trio may think so...

Is jazz the new rock? Yes and no. Some of jazz culture will forever remain mired in the 1950s, which the industry will support by design not unlike radio’s ultracautious love for tried-and-true music like classic rock. But the new jazz players entering the market grew up listening to Nirvana and such, and that energy is present even in their reads of American Songbook standards. If old white-headed Sonny Rollins taught us anything, it’s that everything a developing musician listens to somehow ends up at the dance. Consider the Akiko Tsuruga/Graham Dechter/Jeff Hamilton trio. It’s just another iteration of the straight-ahead jazz-organ combo, but with a spirit not heard in those combos of old.

Jeff Hamilton, the drummer, is 60. Of the three, his jazz pockets are deepest, having worked at times with Woody Herman, Ray Brown, Lionel Hampton, Oscar Peterson, Ella Fitzgerald, and on and on. His time-keeping is both tonal and peppered with lovely textures. Graham Dechter? An old guitar soul that happens to reside in a 28-year-old’s body, which is to say his sound is mellifluous and rich and exacting as any gatekeeper of the old ways. The wild card in this outfit is Akiko Tsuruga, a New Yorker by way of Japan.

As a Hammond B3 player, Tsuruga rockets way past 1950s Jersey supper-club status to a place that’s all her own. Thank goodness she’s carved her niche out of that storied sound; we don’t need another Lonnie Smith, who she quite naturally adores as inspiration. For that matter, there’s an entire new wave of younger jazz players who are reinventing the B3 and bringing it back to jazz prominence. But Tsuruga has the kind of bite in her hands that tells me she could sit in with Krist Novoselic and Dave Grohl any day.