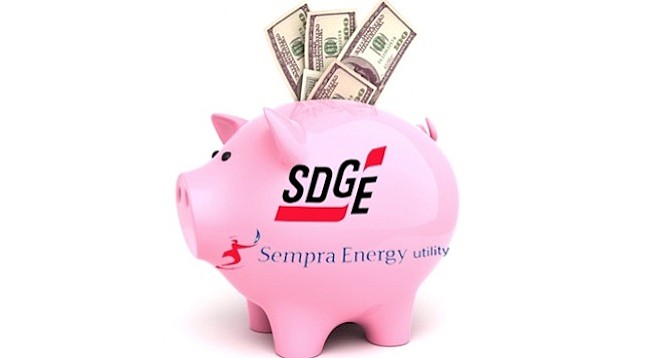 Lawsuit says SDG&E has been collecting an illegal undergrounding tax

Call it a tax, a surcharge, or "utility user taxes," it doesn't matter: the 3 percent electricity tax and .03 percent gas tax that San Diego Gas and Electric collects from customers and later remits to San Diego's general fund is illegal, says a new class action lawsuit filed in federal court on Monday, May 4.

The extra fees, according to the complaint filed on behalf of San Diego resident Jesse Mahon Jr., first appeared on San Diego Gas and Electric's bills in 2003. A portion of the 3.88 percent electric tax is set aside for utility undergrounding projects. The remainder is deposited into the general fund. The class-action suit claims that the extra tax violates Proposition 218, which requires that taxes be approved by a majority of voters before being enacted.

“The City did not conduct an election because the undergrounding program to be funded by the 3.53 [percent] electricity surcharge is a program that...is not estimated to be completed until the year 2065. Because of the term of the program, many payers of the electricity surcharge may never receive any direct benefit from these taxes, and, therefore, most voters were unlikely to vote in favor of the tax. Neither SDG&E nor the City had legal authority, as part of their contracting, or entry into the [memo of understanding], to waive utility users' Propositions 62 or 218 rights."

As reported by the Reader on May 4, attorneys for the City of San Diego took preemptive action on behalf of special fees, or other surcharges that are deposited into the general fund and not for specific purposes. Earlier last month, attorneys requested that the state supreme court review a lawsuit that the City of Santa Barbara lost over similar "franchise fees" collected by the region's utility company and later remitted to the general fund.

"As regard to the law for the issues raised herein, in Jacks v City of Santa Barbara, the Court of Appeal applied Proposition 218 to confirm that "franchise surcharges" imposed by a city to pay for undergrounding overhead utilities or general fund programs, without voter approval, violate the state constitution and cannot be masqueraded by a city as non-Proposition 218 charges to avoid a City's Constitutional duties to obtain voter approval."

This is just the beginning of "fee reversals" destined for both SDG&E and SCE in the very near future, because of the too cozy relationship they both have with the CPUC, which is now being uncovered by a very cautious MSM (not counting the SD Reader) who fear these Powerful Utilities, who donate large amounts of money to our elected Officials in order to maintain their "control" over ratepayers.

Want to find out more? Just enter this "hashtag" #SanOnofreGate into Twitter’s search bar. It will allow you to keep up to date on the ongoing investigation into the multi-billion $ SCE-CPUC ripoff.