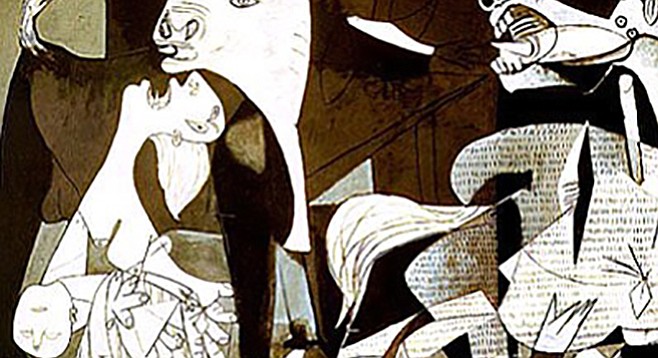 Shostakovich's Tenth Symphony was an instant classic at release

"There is no curse in Elvish, Entish, or the tongues of Men for this treachery."

I'm going to switch up that Tolkien quote and say, "There is no sufficient honor in Elvish, Entish, or the tongues of Men for the San Diego Symphony concert of March 28."

I don't think it would be an overstatement to say this was brilliant programing. Maestro Zukerman conducted the wind serenade but I'm not sure he was necessary.

I realized, at the top of the serenade, what it is that the woodwinds sound like to me. While they can be energetic and expressive and any other vague, somewhat meaningless word, in this case they sounded like comfort.

Specifically domestic comfort. The tone and texture recalled an idealized setting full of quiet book reading, a calm dog at the feet and loved ones nearby.

I realized that I often have that sort of feeling when the woodwinds play in a larger context. Although, not so much in Shostakovich's Tenth Symphony.

In the Shostakovich the woodwinds were a wind of Cossack madness. This furious yet somewhat fun texture always smacks of sarcasm in Shostakovich and also in Prokofiev and Khatchaturian.

It's as if the composer is proclaiming, "Now is the time when we are forced to be making the fun. More vodka! Boris, get the troika! Let's make snow donuts in the Red Square!".

The San Diego Symphony breezed through this monster and it felt as though The Tenth was over almost before it began. The music flew by with the force and grandeur of a squadron of MIG 25s.

Maestro Zukerman has a unique and somewhat angular conducting style, but the orchestra appeared to respond to it and gave a performance that sounded flawless in its timing and execution.

The performance was so masterful and the music so incredible that I found myself wondering who is currently writing the music of the future. Premiered in 1953, Shostakovich’s Tenth is only 61 years old or so.

I’m wondering who is writing music of this quality and caliber today? The Tenth entered the standard repertoire almost immediately with several recordings made during the 50’s and 60’s on all the major record labels.

I’m not suggesting that commercial recordings are a true standard for the success of a piece but I can’t think of anything written in the 80s or 90s that has entered the standard repertoire yet. I’m saying that off the top of my head. I’m sure if I did some research I could find something but that only serves to strengthen the observation.