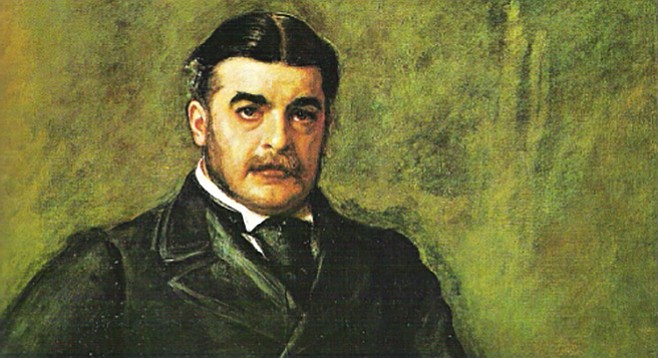 I am the very model of modern major composer

Arthur Sullivan gets all serious on us

We’re in luck — Sullivan did write a symphony early on in his career after a vacation in Ireland. Arthur Sullivan’s Symphony in E Major is the esoteric pick of the week.

Someone needs to notify the Arthur Sullivan estate of this immense honor.

Having just glanced at the San Diego Symphony 2015-16 season, Sullivan’s symphony might need some consideration in the future because the repetition of works is starting to stand out.

Tchaikovsky Piano Concerto No.2 again? We just heard that two seasons ago with Garrick Olsen.

What’s my point? Sullivan’s symphony, while annoyingly alliterate, is a great, satisfying, and accessible piece of music.

It's spring so I thought I'd work in a baseball analogy. You see, on a 3-1 count the hitter is looking for... never mind.

Sullivan's music is solid. He's got that whole Gilbert and Sullivan thing going, but let's not forget that some people think Phantom of the Opera is actual opera, so it's not a stretch to consider Sullivan a serious composer.

The Symphony in E isn’t the only serious piece of music Sullivan composed. There are also a number of traditional sacred music settings for orchestra and chorus, along with a number of overtures.