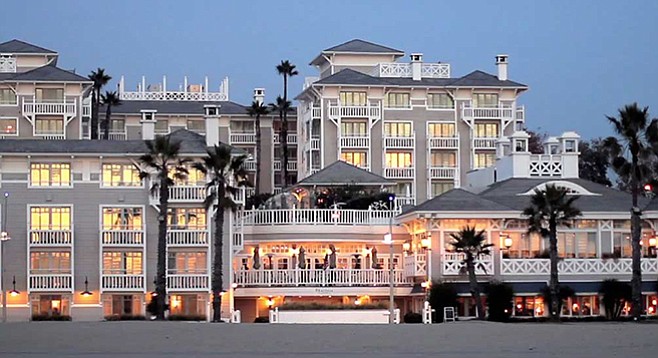 An investment officer at San Diego’s city employment retirement system has been traveling for free of late, thanks to some big-money pension outfits. On April 16, Jaime Hamrick headed off to New York City for a stay at the Manhattan Andaz at a total cost of $1200, courtesy of LaSalle Investment Management, sponsor of the LaSalle Asia Investor Advisory Meeting, according to a June 16 disclosure filing.

On April 28 and 29, Hamrick went up the road for a stay at Shutters on the Beach hotel in Santa Monica, with a total tab of $521 picked up by Mesa West Capital, LLC. The occasion was “the annual advisory committee meeting for official agency business,” according to Hamrick’s disclosure report.

San Diego city hall, famous for its political criminals, is about to get lobbied by an outfit that knows the business. According to a registration statement filed June 15, the Center for Employment Opportunities is seeking “resources” to provide “employment services for probation and parole.” The center furnishes “transitional employment, job coaching, job placement, and retention support” for “men and women on probation or parole.”

According to its website, the New York–based nonprofit provides work crews “in partnership with the City of Chula Vista” that “perform a variety of public works tasks, such as landscaping and maintenance of the City’s numerous parks and open spaces, as well as some light custodial work in the Civic Center Complex.”

"San Diego city hall, famous for its political criminals..." Nominated for "Best Line of the Year!