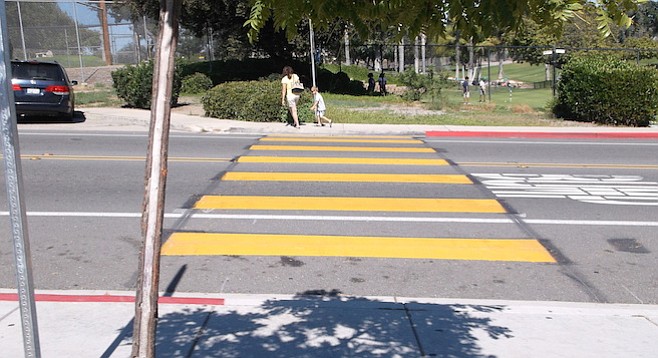 Crosswalk happy all over town 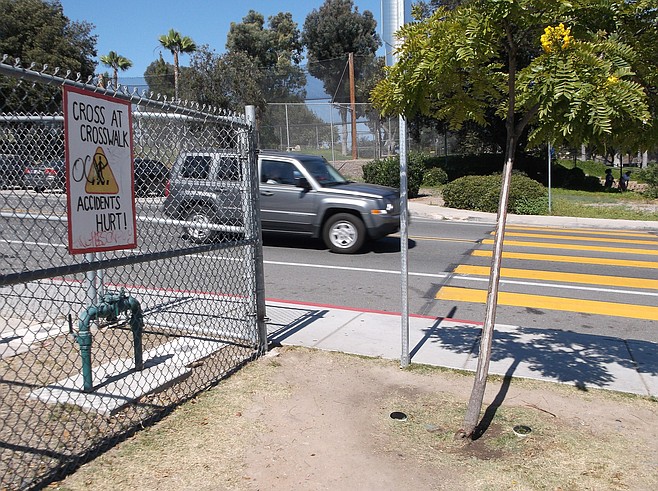 Car drivers may not be used to slowing down yet.

The new crosswalk at the school on 52nd Street (between Orange Street and Ottilie Place) lets students get to the practice areas at Los Colinas Park without a long walk or tricky jaywalking. About ten crosswalks that were not allowed under a 1990 crosswalk formula are expected to go in soon, city officials said.

The formula for crosswalks at intersections without traffic controls is a point system calculation that factors in traffic speed, volume of pedestrian traffic, the width of the roadway, and so-called pedestrian attractors/generators such as schools, libraries, parks, beaches, and bus stops. To qualify for a crosswalk, a location has to reach 16 points of a possible 34 in the 1990 formulation.

The council voted to tweak the formula by adding 4 more possible points, making it easier to qualify. They also created a new factor described as “latent pedestrian use” for places where people would cross if it was safe.

The proposal began in the Public Safety and Livable Neighborhoods committee, but councilwoman Marti Emerald pushed it directly to the city council to get the additional crosswalks into the city's budget for this year, according to staffer Ralph Dimarucut.

The added crosswalks are expected to cost about $31,500 this year, according to council documents.

Next up, a crosswalk paint job at the intersection of Kensington Drive and Adams Avenue, in Todd Gloria's district; Mission Boulevard and Wilbur Street in Mission Beach; Fay Avenue and Pearl Street in La Jolla; and 36th Street and University Avenue in City Heights also make the cut under the new formula.

The Department of Public Works expects to see 28 new crosswalks per year, at $1500 each, where the old policy allowed an average of 7 per year. The revised policy will also allow engineers to put flashing beacons and raised crosswalks to increase pedestrian safety.

"Our new crosswalk has been a huge support with the safety of our families as they travel to and from school everyday," says Fay Elementary principal Armando Tovar Jr. 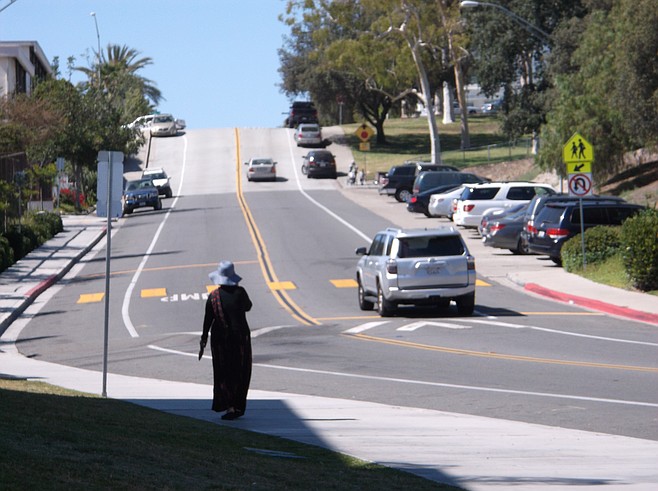 The speed bump ought to slow down drivers at the bottom of the hill.

Outside the school, Maria Ramos gathered her son and daughter and walked them across the new yellow stripes to her car parked on the east side of 52nd Street.

"You still have to be very careful and vigilant because the cars come down the hill so fast," she said. "But it's like you're in the right now, not like you're sneaking across and setting a bad example for your kids."