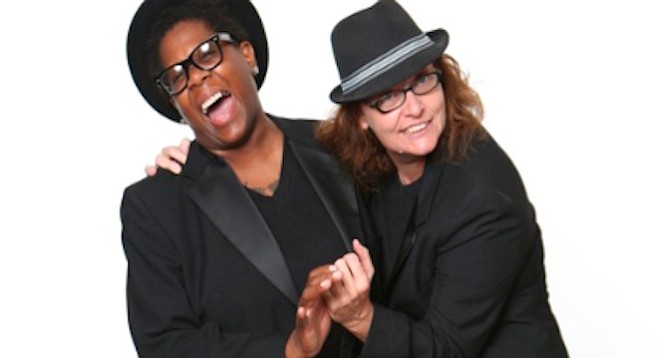 Out at the Fair

While the Bruce Jenner story leaves many confused, Nick & Mel, a music and comedy duo, try to demystify transgenderism by breaking it down into song.

“Our music is unapologetic acerbic androgyny,” says Nick Walker, a transplanted transgender San Diegan from Brooklyn who used to identify as female.

Walker is currently reassigning as a male. And talking (or singing) about it is not off the table.

“Yes, you do hear more about male-to-female than female-to-male, which is what I’m doing. And yes, it is easier to make a hole than to make a pole, if that’s what you’re asking.”

Partner Mel Peters, “is a super-tall, super-nice lesbian.” They both play guitars, sing, tell jokes, and do skits.

The duo was invited to be part of the San Diego County Fair’s “Out at the Fair Day” on Saturday, June 13, a day’s worth of entertainment by and for the lesbian, gay, bisexual, transgender, and queer (LGBTQ) community.

Nick and Mel released an album, Live in the Key of Divorce, that makes light of gay divorce.

The songs move from the dramatic (“Drain Me,” “Come and Get Your Stuff”) to the more camp (“Weiner Fight,” “Fanny Pack”). 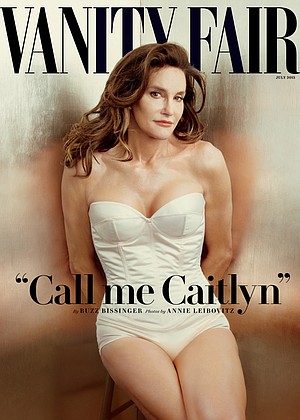 The duo are not to be confused with the fabulous fellas at Lips who dress up in sequins and boas and sing like Tina Turner and Christina Aguilera. “That is more performance based. They have lots of hair. We have T-shirts and jeans. They have lots of hours in the chair... I think that type of performance harkens back to the early Stonewall days.”

Echoing Olympic gold-medalist Jenner — this month gracing the cover of Vanity Fair magazine as a woman — Walker says, “This is who I have always been... It’s beautiful for Bruce that at 65 he can finally be himself. I know lots of people who do this later on in life,” says Walker, 38.

Walker says the trans community is much smaller than the LGBTQ community as a whole. “I know of about six or seven in San Diego who are transitioning right now... Hopefully what Bruce did will save lives.”

Nick and Mel appear at the Fair this Saturday at 3 p.m. on the Paddock Stage.