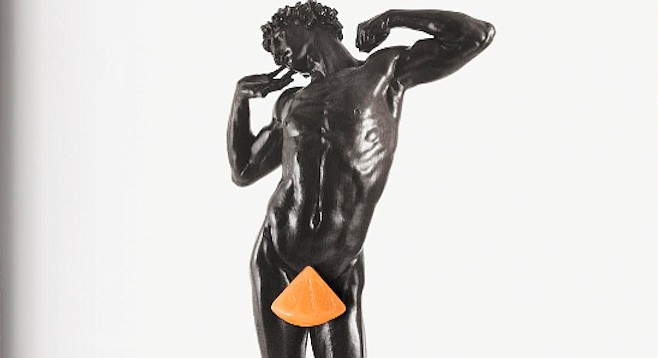 Born Under Saturn by Django Django

Django Django’s Born Under Saturn revels in the beauty of tranquil harmonies as it envelops new art-pop territory for the British quartet. The collection lands mostly in the realm of synthy dance music, but the difference is in Django’s chilling harmonies — think Beach Boys under psychedelic black light.

The lead single from Django Django's latest, Born Under Saturn

Vocalist Vincent Neff’s smooth, layered tracks and lyrics remind us that while humanity can seem homogenized and oblivious, emotions are still a messy business, and that’s to be celebrated.

The band trades in ’80s progressive-tech influences, folding in Jamaican and African rhythms, forming a hybrid sonic tonic that effervesces playfully in the ears. The vintage progressive-synth notes of “Shot Down” are further cultivated on the electric-dance notes of “First Light.” The sultry sax on "Reflections" brings in a jazzy art-rock feel that warms up its space-rock synthesizer. Vegas kitsch kick-starts the percussion sound in “Found You,” while “4000 Years” has a fun, comic-book-rock quality. Slow, swooning piano and drums color the hometown sound of “Beginning to Fade.” On “Break the Glass,” a surprising xylophone follows an upbeat guitar strum, creating one of the album’s strongest dance numbers.

The scorching, slow build of Born Under Saturn establishes Django Django as synth-funk grand experimenters and is an example of how to claim new territory in the current landscape of indecisive subgenres.