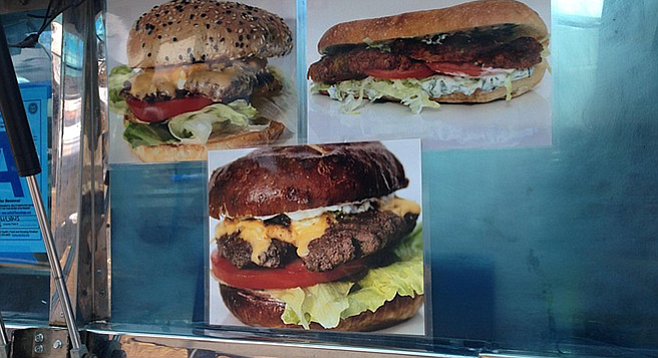 There’s something refreshing about a food truck that bucks the trend of a cartoonish theme and puts the focus on making a few things well. During a visit to Golden Hill’s Saturday farmers’ market, I stumbled upon such a truck, Tastylicious. 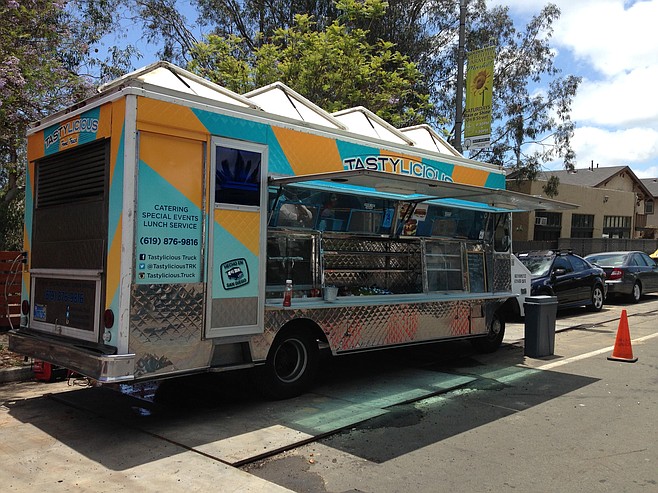 Not Tasty Fusion Tacos or Gluten Free Paleo Burgers or Haggus on Wheels. There’s nothing trendy or cartoonish about Tastylicious. Just a funny name for a simple food truck that sells all of four sandwiches and two kinds of fries.

Actually, two of those sandwiches are burgers — a cheeseburger and the Oklahoma Burger, apparently so named because it’s made with grilled onions. The fries, meanwhile, are served regular or “fancy.”

Sandwiches run between eight and nine bucks, so food truck prices are in effect. I decided on the chicken sandwich served with fancy fries. The fried chicken breast sandwich was topped with a remoulade, which sits somewhere between mayonnaise and tartar sauce. The fries were made fancy by virtue of a gremolata topping — basically parsley, garlic, and lemon. 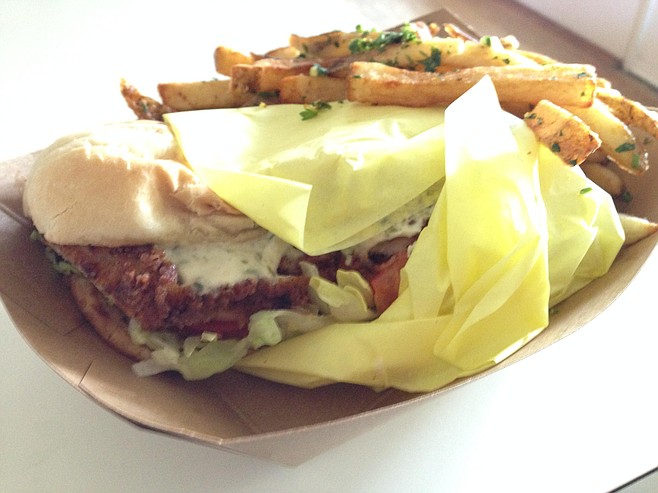 You can see the remoulade on this fried chicken sandwich

The chicken sandwich worked out pretty well. I can’t cite anything special about it, though the hoagie-style roll it came on was fresh with a satisfying chew to it. The fried and sliced chicken breast was okay for a sandwich. Had it been served as fried chicken straight up, I would definitely have a problem with its flat breaded crust, which doesn’t have enough going flavor-wise to work without that remoulade safety net.

The fries were genuine sliced potato, but they weren’t terribly crispy and, had I to do it again, I’d avoid going fancy. Call it a personal preference, but lemony fries aren’t something I’m ever likely to enjoy.

Still, this was a friendly bunch serving reasonable food, so I’ll give their burger a shot should I ever come across the truck again. But I don’t see myself following Twitter to find out where Tastylicious is going to be next week.