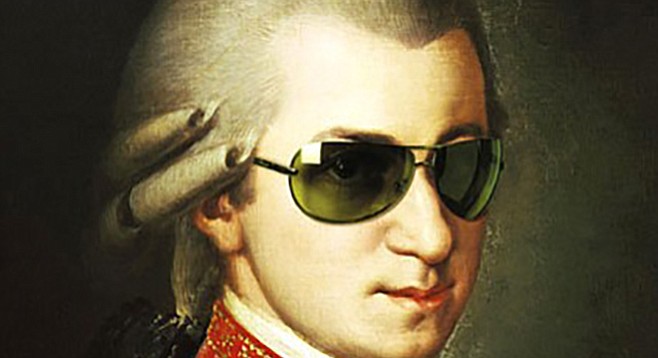 I’ve been waiting for this moment for 49 weeks. I’m not even joking. The first of five Mainly Mozart Festival Orchestra concerts is this Saturday, June 6, at 7:30 p.m. The venue is the Balboa Theater at Horton Plaza.

Now that we’ve got the logistics out of the way, why have I been waiting all year for this? Because the Mainly Mozart Festival Orchestra is the greatest thing since sliced bread?

Oh no. Sliced bread has nothing on this pantheon of musicians. This orchestra is the greatest thing since before sliced bread. I bet you’ve never heard of anything so great before. Sliced bread seems to be the standard against which all greatness is measured but I think that paradigm needs to be shifted over to the Festival Orchestra.

This needs to happen. I expect to start seeing tweets and whatnot that say something such as, “Best salad ever — SO #MMFO” or “Just got a new puppy #MMFO.”

These five concerts are all unique and there is only one performance of each program, so get your phone out and put these dates into it: June 6, 10, 13, 17, and 20. Now put #MMFO next to them.