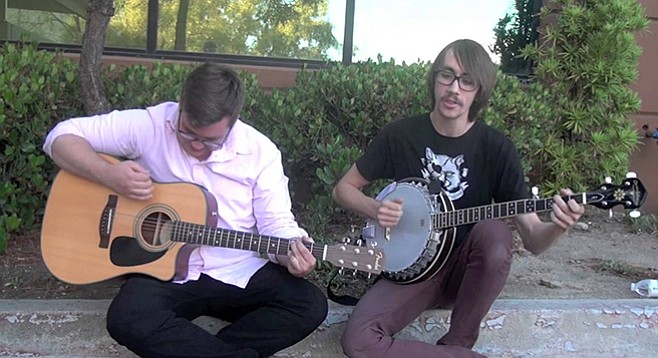 The band formerly known as Ed Ghost Tucker will release a final EP under that name while debuting their new incarnation, the Lulls, at the Soda Bar on August 1. Now a trio since the departure a few months ago of Michaela Wilson. Aztec Brewery will host a dual release party August 7 for Lena Belle Anderson’s My Own Way CD and a new full-length from the Younger Brothers.

Nineteen years after the movie that inspired it, Come On and Slam drops August 8 with a release party at Gym Standard, courtesy of Sledding With Tigers, who basically created the Space Jam-themed album after an internet dare. “I think I might be the only person self-centered enough to take the plot of a ’90s children’s movie and end up writing a bunch of songs that are secretly about myself,” says frontman Dan Faughdner.

The Awakening, the ninth studio full-length from hard-rock rappers P.O.D. was produced by longtime collaborator Howard Benson (My Chemical Romance, Kelly Clarkson), with guest performers including Maria Brink (In This Moment) and Lou Koller (Sick of it All). For the release party, you’ll have to go see Mickey’s neighbors at the Anaheim House of Blues on the August 21.

Update - P.O.D. announced a second record release show, this one happening in San Diego at HOB downtown on August 22.