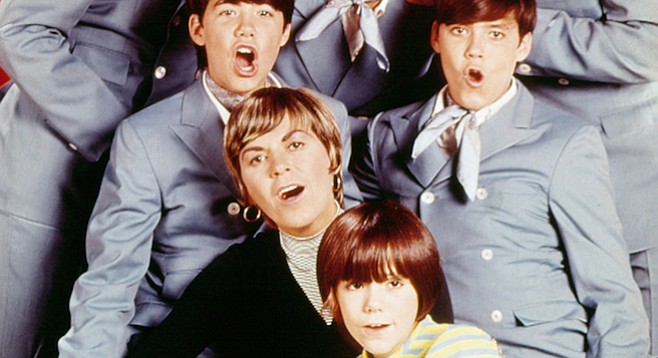 “We were around when there was lots of acid rock and we filled a niche that was being ignored,” says singer Paul Cowsill of his 1960s pop group the Cowsills. “Bob Dylan told Rolling Stone that it’s nice that our ears can get a break and that it’s nice to have a piece of bubblegum now and then. Dylan’s parents loved us. Mr. and Mrs. Zimmerman would come see us every time we played Duluth, Minnesota.”

The Cowsills, best known for their 1967 hit “The Rain, the Park & Other Things,” were the original family band, with five brothers, their younger sister, and mom — like the 1970s TV-family band The Partridge Family.

"The Rain, the Park & Other Things"

The high harmonies and clean-cut image tagged the band as bubblegum, a term that still makes Paul Cowsill cringe.

“We always knew how great we were. We did it ourselves, played our own instruments,” Cowsill tells the Reader. “I’d put our music up against any Fleetwood music — the version with Lindsey Buckingham and Stevie Nicks.”

On July 22, three members — Paul, brother Bob, and sister Susan — will be at Humphreys by the Bay as part of the Happy Together tour, a multi-act showcase featuring the Turtles, Mark Lindsay, the Grass Roots, the Buckinghams, and the Association.

“It’s like a vaudeville show,” Cowsill says. “Each group sings their hits and then everyone comes out at the end to sing along to ‘Happy Together.’”

The concert represents a homecoming of sorts for Cowsill, who lived in San Diego for many years at different times at his life, including Point Loma, Ocean Beach, University Heights, Bonita, and Spring Valley.

“I first moved there when I joined the Navy in 1971. I got my draft notice and joined the Navy the next day,” he says. “I finally left Spring Valley in 2005 and got a farm in Medford, Oregon. My wife asked me not to let her die in a city.”

Wow, I remember the Cowsills played on KCBQ almost hourly.