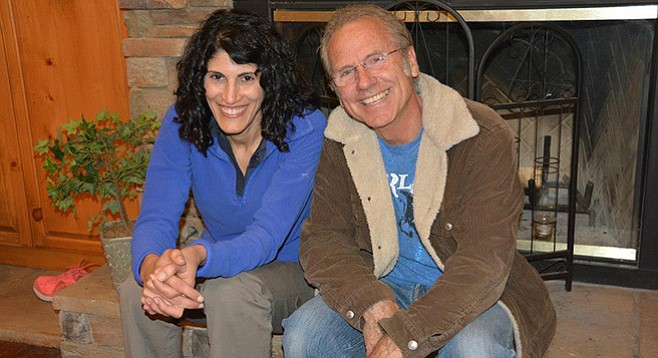 God is out to save everyone he can

He might destroy you, but God won’t torture you.

SDR: What’s your main concern as a member of the clergy?

PD: I’m concerned about the moral fiber of the country, the culture, and society. With more and more self focus in people — I think there’s a rising poor underclass that is not very well cared for by anybody. So, at Oceanside, we have hooked up with a social worker who works for the county…and she’s in charge of about 500 migrant farm-worker families, and we do quite a few food programs for her, and run dental, ophthalmology, and pediatric clinics for her families. We also have a food program, “Healthy in the Bread of Life,” which is just down the hill from us in Oceanside. We go there and support that program — a soup kitchen and homeless shelter.

SDR: What is the mission of your church?

PD: We have a couple major missions. One is prayer. The whole church community is kind of galvanized around praying for the needs of people and praying for each other. We also have a unique mission that has to do with raising good Christian children who will grow up to love God. We run a small elementary school at the church and have had so far good success with children who have grown up in that school, gone to college, and are still active in God’s work, his service and in the faith.

PD: I was a pastor for about a year on a little U.S. naval air facility out on Midway Island, at the end of the Hawaiian island chain. There weren’t any Seventh-Day Adventists out there, but mostly contract workers from Sri Lanka, and some of them were Hindu and some were Muslim. Most of these people came to the little church on Sunday morning. To be honest, places like that, very lonely, with nothing but government contract work to do, can be rough — with a lot of alcoholism. But there was a very quiet, gentle thing going on in that church and I felt that God was there amongst those people. It’s almost at the international dateline and so they prided themselves on having the last Easter sunrise celebration in the world.

PD: Not everyone goes to heaven — people are free to turn away from God. I think at the same time that God is out to save everyone he can, and he is a merciful God, and there will be a deciding of who has accepted Jesus’s sacrifice on the cross. I also believe there will be people who never heard the name Jesus — maybe that sounds like heresy — but I think if they follow the leadings of the Holy Spirit in their hearts…God will say, “Come on, come with me.” I don’t believe in eternal hell fire. I think the word “eternal” means in quality not in quantity — I don’t believe in a God who is going to torture people like that. Rather, I believe they’ll be destroyed in an instant. I think it’s a choice people make — and in the end if you don’t choose God, you’re choosing death. There is a judgment that God makes — sin and all that comes with it is destroyed at that point. If that’s what you chose, well, there you go.