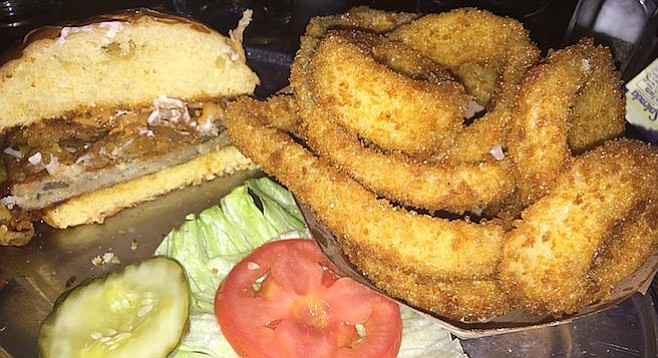 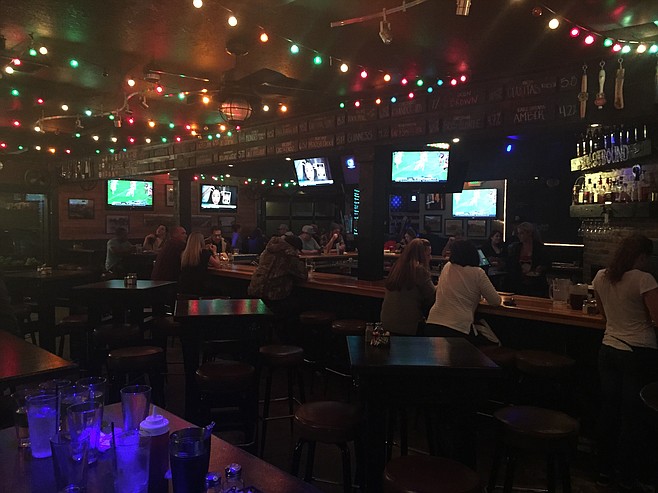 The calm after the dinner storm, Eastbound Bar & Grill

Since Karl Strauss Brewing opened their brew pub on Columbia Street in 1989, craft beer bars have continued to gain popularity and now flood the city. The trend has been slow to spread to surrounding suburbs east and south, but Eastbound Bar & Grill has finally put Lakeside on the brew pub map.

Easily accessible from the 67 on Maine Street, Eastbound neighbors the rodeo grounds, an automotive repair shop, and numerous industrial parks. That's just what you’d expect from an east county horse town, but the energy pouring from the crowded dining room on a Saturday night suggested something else entirely. Tables were packed with groups of all ages during the dinner rush, and blaring music made it a challenge to have conversations across the bar-height tables.

Upon first glance, I expected to settle on either the Big Cheese ($9.95) or Scorcese pizza ($12.95) with a Nuts and Berries salad ($9.95). But burgers were pouring out of the kitchen, and although I was sure my desire for a veggie patty would be denied — perhaps even scoffed at — I couldn’t help but ask. Although the option isn’t listed on the menu, the server assured me the substitution was possible. 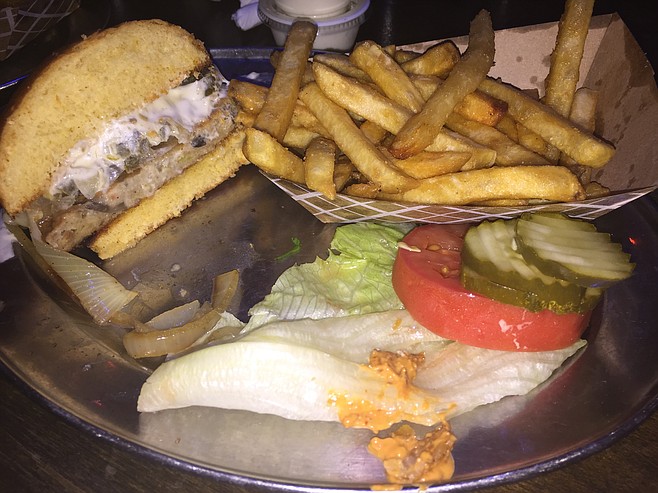 The Rodeo and Jalapeño burgers ($10.95) are intended to deliver a half-pound beef patty, but of course, the veggie version slims things down a bit. No matter, because the former is capped with two onion rings, American cheese, and barbecue sauce, while the latter is topped with grilled onions and jalapeños, pepperjack cheese, and a layer of homemade jalapeño sauce.

Onion rings can be substituted for the fries for an additional $1.50, so I happily upgraded and had the fleeting thought that more eateries should ditch the over-hyped tater tot in favor of the classic battered-and-fried onion.

The Rodeo burger balanced the sweetness of the onion rings with its tangy barbecue sauce, but I would have preferred aged white cheddar over the processed American cheese. Really, it’s a wonder American cheese even passes as food these days, but three of the seven burgers on the menu included the ingredient.

The Jalapeño burger delivered the expected level of spice, but the grilled onions and creamy sauce provided a desired cooling effect. I enjoyed the varying flavors of both burgers, but will come back for this one next time I’m heading eastbound.