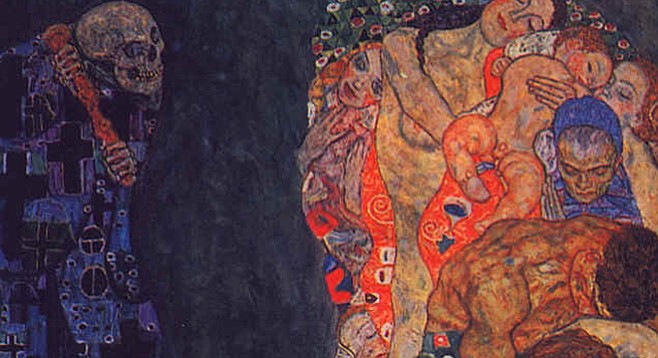 The weekend is ripe with world-class classical-music concerts

Schubert: String Quartet No. 14 "Death and The Maiden"

Andras Schiff has been knighted for his ability to play the piano and he’s going to be giving a concert this weekend at Sherwood Auditorium in La Jolla next the Contemporary Art Museum at 8 p.m. The program is a clever one in that it features the third-to-last piano sonatas composed by Haydn, Mozart, Beethoven, and Schubert.

The San Diego Opera concludes its fantastic run of Don Giovanni this weekend. From what I’ve heard, Sunday is sold out, which leaves ticket availability only for the Friday night performance. The production is well-directed, sexy, funny, and retains Mozart’s subtle critical tone. The Friday performance is at 7 p.m. and the venue is the Civic Theater.

Also playing Sherwood this weekend is the Jerusalem Quartet. This is the closing act of this year’s Revelle Chamber Music Series and features quartets by Schumann and Schubert. The Schubert quartet is the famous Death and the Maiden. The title comes from a theme in the second movement which Schubert also used in his song of the same title. This quartet is a fundamental element of the chamber music repertoire.

The Jerusalem Quartet has recorded the piece for Harmonia Mundi.