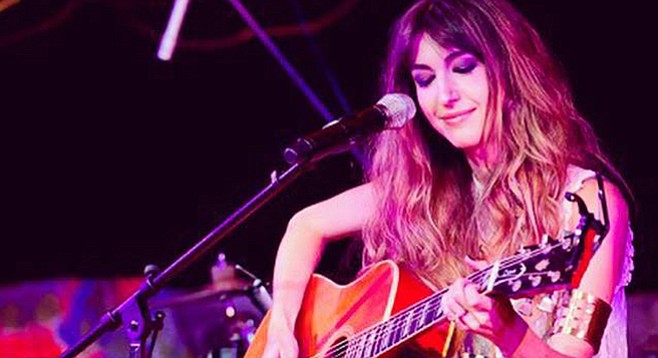 Let us count the many ways that “Hallelujah” has been covered over the years. A throng of dissimilar artists have taken a shot at that magnum opus, including Tim Buckley, Il Divo, John Bon Jovi, Rufus Wainwright, Susan Boyle, Celine Dion, Justin Timberlake, the Ten Tenors, K.D. Lang, and, of course, Leonard Cohen, who wrote the song in 1984. Kate Voegele, a singer/songwriter from Cleveland, has joined that ever-growing list. Here’s what separates her attempt from the others: she makes the lyrics (which can go straight to maudlin in the wrong hands) seem as if negligible; this is not intended as criticism, for Cohen’s words are to be reckoned with. 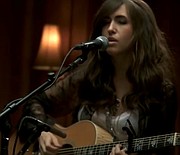 But in this recording, Voegele’s voice does all the heavy lifting. You get a sense of what the song is about through her tone and her inflections alone, which, by the way, are just country-ish enough to make you wonder. No, she’s not. Kate Voegele is an indie-pop artist, but she’s capable of shape-shifting and trying on pieces of different genres. And the little country glaze she channels actually works on “Hallelujah” — hers was the first version of the song that charted.

Voegele toured with John Mayer once, but Mayer-haters, don’t hold that against her. When she was new and still getting a lot of career propulsion from her various labels, along with the slot she’d landed playing a songwriter on the CW TV’s One Tree Hill, her music made better than respectable showings on the Billboard charts.

What’s lacking in the 29-year-old singer’s voice? True grit, and that generally arrives in one’s wind pipes after years spent gigging in dark smoke-filled dens of iniquity. In place of that small measure of character, Voegele has a potent center of tone gravity, meaning, she knows where to put it for best effect, like a female version of Bon Jovi. Kate Voegele is one hit single away from an arena tour.