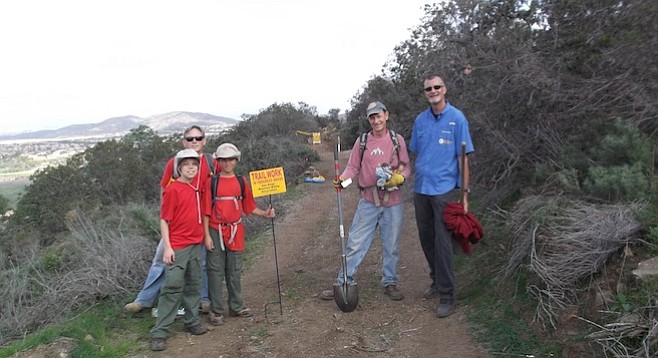 "It's great what people will do for a free hamburger."

On January 31, about 120 volunteers cut and shaped a new trail in the Black Mountain Open Space.

City park rangers, including Joe DeWolf, guided the volunteers on the epic work day that left the trail finished — farther and earlier than they'd planned. 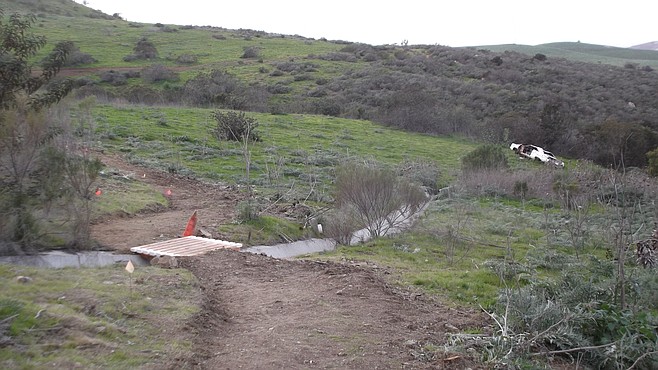 "The mountain bikers have experienced trail builders — they did a lot of cool things, like stone bridges and erosion control," DeWolf said. "They've been a really big force in getting the trails put in."

The area, flanked by a mountain on the south side of Carmel Valley Road, didn't have a trail to the north, where gentler hills meander to Black Mountain Open Space Park. Now it does. And it lacked a connector from the gliderport entrance to the Miners' Ridge trail, which volunteers have been carving into hillsides for three weeks. That slice will be dedicated in February, according to trails advocate Rod Simmons, past president of the San Diego Mountain Biking Association.

"That one's the real mountain-trail experience — a precarious feel with great views," Simmons said. "It's not a good trail for a large group to work on, so we've been doing that on Saturdays since the second week of January."

It took five years of wrangling to get the trails in the community plan worked into the natural resources management plan and approved by all the agencies that have to approve such things. Then, the project had to be scheduled when birds aren't nesting, which they do from March to September.

Besides a core group of park rangers and trail-construction-trained mountain bikers, volunteers from high schools, outdoors enthusiasts summoned by store promotions, Boy Scouts from Troop 648 in Rancho Peñasquitos, and members of the Reserve Officers Training Corps all showed up to dig, rake, and build. 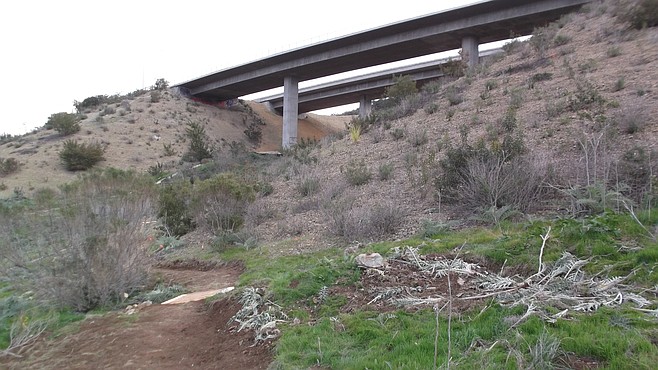 The volunteers finished the trail from Miner's Ridge, down under the Carmel Valley bridge, around the mesa to the Black Mountain ball fields. After a couple more work days planned this month, the trail will connect all the way from past Santaluz and onto San Dieguito River Park trails.

The crew wrapped up early and had lunch — hot dogs and burgers from the mountain-bike association and beer donated by Ballast Point.

"It's great what people will do for a free hamburger," said Matthew Bartelt while he manned the grill. "There's plenty to enjoy — the falconers and paragliders have joined us to show us what they do."