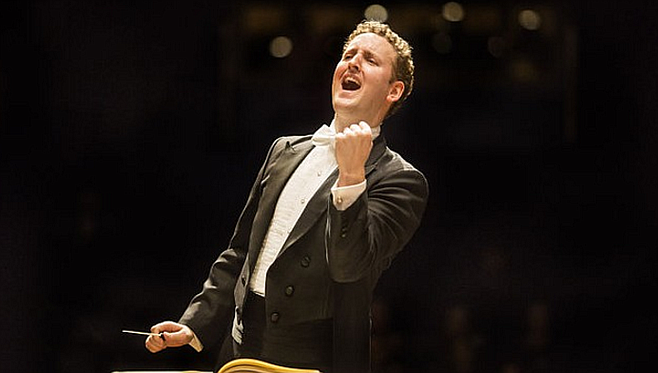 ...those moments where the hall disappears, the audience disappears, and even the musicians disappear

Instead of making a list of best concerts from 2015 we’re going with a few of the best moments.

The best moment of 2015 was soprano Emily Magee singing Marietta’s Lied at the San Diego Opera 50th Anniversary Gala. While there were several great moments, this one was transcendent.

This isn’t an object list. I don’t believe in objectivity because it’s untruthful. We all experience the world as subjects. We can never get outside of our own perceptions, so why pretend to be objective?

I do believe in being truthful and admitting when a moment in music exceeds one’s emotional ability to hold it together in public. I and at least three others around me were openly weeping throughout this performance of Korngold’s precocious masterpiece. It seems impossible that he composed The Dead City, from which this music was extracted, before the age of 23.

Marietta’s Lied, as it was performed by conductor Karen Kamensek, the San Diego Symphony, and Ms. Magee, is currently the most beautiful thing I have ever heard in a live concert. It might be matched at some point, but I can’t imagine it being exceeded.

The conclusion of John Adams’s Harmonielehre at the San Diego Symphony with Edo de Waart conducting was the most impressive moment of the year. It was one of those moments where the hall disappeared, the audience disappeared, and even the musicians disappeared as the music enveloped everything that its sonic waves touched.

If there were a concert that was full of the most great moments, it would have been the Mainly Mozart Festival's concert of Mozart Piano Concerto No. 21 and Beethoven’s Symphony No. 7. Jon Kimura Parker further solidified his place as one of San Diego’s favorite guests.

The festival orchestra and new music director Michael Francis ripped through Beethoven’s Seventh with the ease of a wood chipper chewing through balsa wood. The Mainly Mozart Festival Orchestra is going to be on this list every year. Only 23 weeks left until they’re back.

Those three moments will stay with me for a while but the thing about music is that the most astonishing, beautiful, and impressive moments are patiently waiting for us. They are sitting silent in the air of the future until someone puts bow to string or breath to vocal chords and brings them vibrating into our ears.