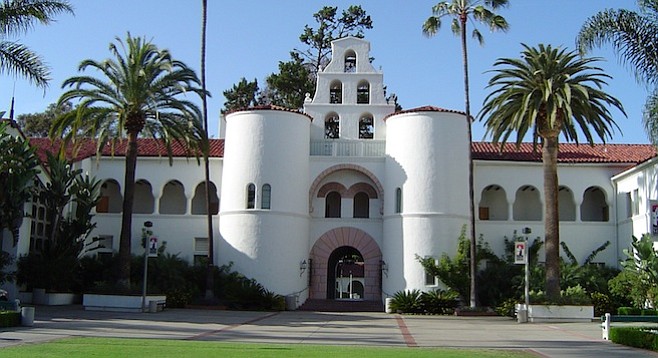 How sticky can a legal battle over an environmental impact report get?

Plenty, based on an August 3 ruling by the state supreme court against San Diego State University that may be regarded as a warning to Republican mayor Kevin Faulconer.

As controversy shadows Faulconer's hurry-up environmental impact report for a new stadium in Mission Valley, it's back to the drawing board for San Diego State University and its decade-long battle with the city over the school's mammoth campus expansion plans.

In a unanimous August 3 ruling, the state supreme court has held that SDSU and its parent, the California State University system, broke the law when officials certified an environmental impact report saying they couldn’t find millions of dollars needed to deal with increased traffic congestion and other negative effects of the giant development.

According to the decision, the school's expansion was designed to accommodate a projected boost in SDSU enrollment from 33,441 to 44,826, and the addition of 1,282 faculty and staff members.

SDSU's environmental impact report "acknowledged the proposed project would contribute significantly to cumulative traffic congestion off-campus in San Diego," yet argued that the eight figures or more in extra costs would have to be shouldered by "others."

State university board of trustees "identified the specific improvements that would mitigate most of the impacts to below a level of significance. The Board offered no assurance, however, that it would pay SDSU’s fair share of the mitigation costs."

The city joined with the San Diego Association of Governments, Caltrans, and the Metropolitan Transit System in December 2007 to sue over the report's omissions.

In response, the university "argued that to reallocate funds for off-site mitigation could only result in the underfunding of CSU’s core educational function."

The trustees also maintained that they had failed in attempts to obtain so-called mitigation money from the legislature, and didn't have the authority to use other funds.

"The Board contends the Legislature‘s failure to grant its request for an earmarked appropriation to mitigate off-site environmental effects has the effect of prohibiting CSU from spending any other public funds for that purpose, even funds generally appropriated for campus expansion," the decision notes.

But the court held otherwise, saying, "we reject the Board’s assumption that the feasibility of mitigating its project’s off-site environmental effects depends on a legislative appropriation for that specific purpose."

The opinion added, "We expect the Board, in any new EIR, will proceed in accordance with [state law], including its provisions for public comment, and make all required findings in good faith and on the basis of substantial evidence." 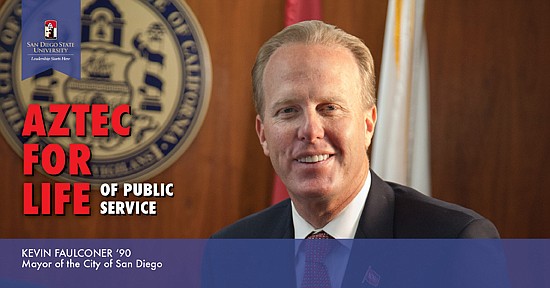 Not without some irony, GOP city attorney Jan Goldsmith, an ally in Faulconer's rush to issue a hurry-up stadium EIR, took a victory lap in the SDSU battle.

"This is an important decision which treats the CSU system like any other developer,” Goldsmith said in a statement to the Union-Tribune. “It must ... negotiate its fair share in a way that protects the environment and protects the city’s taxpayers.”

Wow! a 1/3 expansion. Wouldn't have been easier just to open a new campus in the south county?

Or at the Qualcomm site.

Maybe they could reduce the traffic a little if they hired full time professors and that the professors actually taught classes.

The history of that campus is a curious one, in that when it opened in the late 1920's, nobody envisioned more than 10,000 students, ever. Of course in that time, nobody envisioned San Diego County with 3 million-plus residents. The CSU system has packed far too many buildings onto that campus while avoiding the purchase of property to properly space them out.

Why the big push to grow more? A new CSU campus in So. County could be supported, just as the new one in San Marcos has prospered. For some reason, SDSU is very popular with applicants for admission, even when it does a poor job of having the classes they need once they show up. That has been a chronic shortfall for decades. But they keep coming. Then there's the desire to turn SDSU into a "research university." The state master plan for higher education assigned roles to the various campuses, and the role of the CSU was teaching. (The UC's were to be research universities.) But now the push is on to transform SDSU into something more than a teaching institution, and during a period of diminishing state financial support. Something here doesn't add up.

The story is a simple one, and that's empire building. It's more than just the campus president Hirschman wanting to make it grow. There has to be a powerful constituency that is behind all this, but it's not clear to me just who it is. Anybody want to add to this?

I'll rise to your bait, VISDUH: There's mission creep all up and down the line with public higher education, leaving vacuums where the various sub-systems were supposed to serve. The community colleges want to offer four-year degrees, the state colleges (which sometimes call themselves universities) want to do research instead of teach, and the universities popped over the top and want to be hot houses for international business. (Teaching is easy work, if you ask me. I've both worked and taught in my profession for 40 years, with excellent reviews from institutions and students. Just a bit of disclosure.) Your characterizations of the various sub-systems is fair, but another way to parse the duties would be: community colleges providing local jobs for local adults, colleges providing regional managerial-level support, and the UC system providing intellectual (and real estate) capital for the state. These basic charters make good sense, but there's no connection between good sense and common practice.

Excellent analysis and critique. Anyone else?