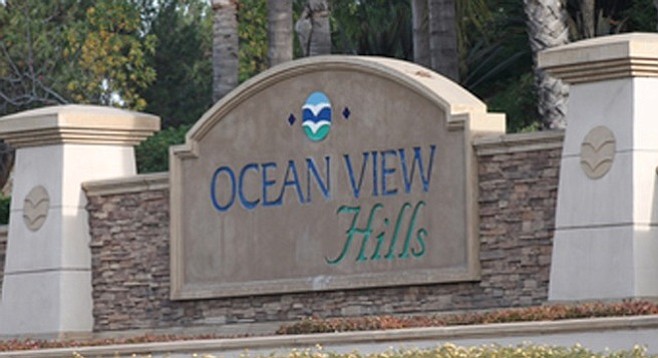 Park of dreams remains that way

Residents of Ocean View Hills, a residential community east of Otay Mesa in South San Diego, have been waiting for a park to be built for 13 years. A site has been selected on Del Sol Boulevard. A name, Cesar Solis Park — in honor of a former assistant San Diego police chief — has been chosen.

Since 2002, however, not enough funds have been set aside to build the park. Mayor Kevin Faulconer's proposed 2015/2016 year budget is no different.

In response, councilmember David Alvarez has taken up the cause, lobbying his council colleagues and the mayor to allocate the money needed for the park. To gain support, Alvarez has dipped into his council committee contributions to pay for an online petition.

"While existing parks in areas across San Diego are being improved, residents of Ocean View Hills are still in desperate need of one," reads the online petition. "There are tens of thousands of residents in the area, over 4,000 children attending nearby schools, and many businesses and industries are thriving here. However, it is clear that we have been neglected for years, as this project has been underway for over a decade. A 5-acre neighborhood park remains the only green space in the neighborhood, yet does not provide restrooms or a recreation center. Many residents also cannot access other existing parks that are not within walking distance."

Over $11 million in funding, as reported by the U-T on April 16, has been set aside, but the community needs $5 million to complete the project.

"I was disappointed to learn that neighborhoods across San Diego would not receive the funding necessary for the development of the quality parks they need," said Alvarez in an April 27 email blast. "Some of these communities have been waiting for these parks for decades. Ocean View Hills is one example — residents have been waiting for their park to be built since their homes were built thirteen years ago.

"Funding has slowly been allocated to this project for over the course of a decade. This is unacceptable and the commitment to build this park must be made now."

Alvarez hopes the petition will convince the mayor to insert the project into his final budget, expected to be released next month.

It is gang discrimination by the City. The gangbangers need a park to hang in so the City needs to step up otherwise they will have to hang out on the corners, alleys and parking lots.

Promises, promises. Anything the city of SD promises to do "someday" needs to be looked at very skeptically. But that part of the city has been a sort of bastard stepchild area, meant for neglect and being ignored. It will take money, votes, and lobbying to get the park. Some areas of the city are good at those things, and they get their amenities. Others, and So County is one of them, have no organization, house apathetic voters, and just let themselves be left out.

SD uses the South Bay as a dumping ground for industry and pot shops. But won't take care of the people that live there. The roads around Otay Mesa are abysmal also, like driving through Beirut.