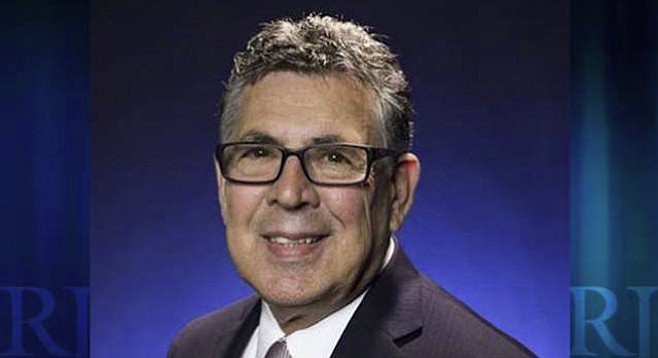 U-T San Diego, the newspaper and website owned by Republican kingpin and San Diego mega-developer Douglas Manchester, has lately been twisting in a gale of uncertainty over its future, and a recent executive move may not do anything to quiet the tempest. 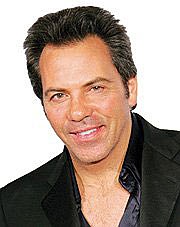 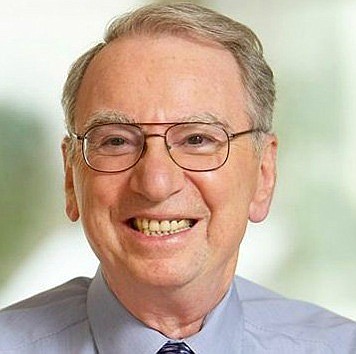 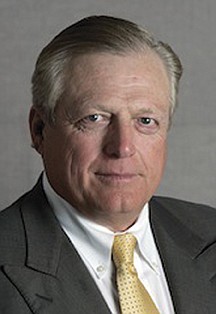 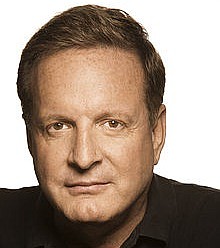 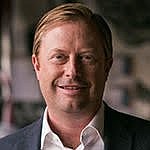 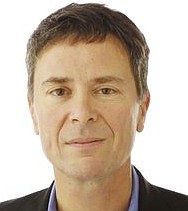 Purchased in late 2011 by Manchester from Los Angeles vulture investor Tom Gores and his Platinum Equity, the paper has since done yeoman's political work in campaigns for GOP mayor Kevin Faulconer and city council members amenable to the developer's real estate developments in Mission Valley and beyond.

Then, close on the heels of Manchester's political and regulatory triumphs, came word (first reported here by Don Bauder last September) that Point Loma real estate mogul and yachtsman Malin Burnham was pushing to take over the U-T with a nonprofit corporation.

Burnham, an ally of La Jolla Democratic billionaire Irwin Jacobs in his failed attempts to elect Republican-turned-Democrat Nathan Fletcher as mayor against a barrage of U-T attacks, told a blogger for the Columbia Journalism Review that under control of his nonprofit the paper would “'support things that are going on [in] the community,' without taking a partisan line."

Continued Burnham: "None of our nonprofit foundations in San Diego have ever taken political sides, one way or the other. We want fair reporting, and we want quality.”

While not dismissing Burnham's proposal outright, Manchester has since been entertaining other bids, as reported March 3 by newspaper industry blogger Ken Doctor, including those from Tribune Publishing, owner of the Los Angeles Times, and another from Rancho Santa Fe's John Lynch, who was Manchester's original partner in the U-T takeover from Platinum.

Doctor has reported that the Lynch deal could be backed by Ron Burkle, the Democratic supermarket billionaire who owns a sprawling estate above Black’s Beach in La Jolla.

Meanwhile, back in Mission Valley, Manchester announced that U-T editor Jeff Light would become president and chief operating officer of the paper, after ex-honcho Mike Hodges departed to run a web-marketing firm.

"Light will continue as the editor of the newsroom, a position he began in 2010 when the San Diego Union-Tribune, as the U-T was then called, was owned by Platinum Equity," the paper noted in a January 12 story regarding the move.

Light's assumption of dual business and editorial duties further fueled speculation that the paper was in play and might be unloaded soon. Now comes word that Mark Ficarra, an ex-U-T hand from the Platinum era, is returning to the paper to become senior vice president.

According to an April 23 release posted on PRWeb.com, "Ficarra will provide leadership, direction and strategic input to all business areas and directly oversee the U-T’s advertising sales, marketing and product development departments."

The release continues, "The appointment of Ficarra represents a reunion of sorts, as he served as the U-T’s vice president of sales and marketing from mid-2009 through 2011, when the organization was owned by Beverly Hills–based investment firm Platinum Equity."

Light is quoted as saying, "Adding him to our leadership team instantly makes us a smarter, stronger and more visionary organization, and positions us even better to successfully meet the challenges and opportunities that lay (sic) ahead.”

Said Ficarra, according to the release, "I am excited about returning to the U-T and helping our team continue winning on all fronts. I approach this role seriously, yet joyfully!”

But whether Ficarra's arrival will do much to ease the uncertainty currently pervading the ranks of U-T staffers is an open question.

He arrives back in San Diego following his recent departure as publisher and chief revenue officer of the Las Vegas Review-Journal, which was acquired last month by New Media Investment Group from Stephens Media. New Media bought the Nevada paper, along with "substantially all" of Stephen Media's other assets for $102.5 million.

Stephens owned "eight daily newspapers, over 65 weekly and niche publications, and more than 50 websites serving communities throughout the United States. The assets have a combined average daily circulation of approximately 221,000 and 244,000 on Sunday," according to a New Media news release in February.

New Media, traded on Wall Street, is regarded by skeptics as a dicey play on hopes the operation can wring fat profits out of media properties purchased at bottom-dwelling prices by further slashing payrolls, salaries, pensions, and other benefits while attracting new readers with emerging online technologies.

Said Ficarra in an April 2 statement run by the Review-Journal: “I will continue to work with the folks at GateHouse and the R-J staff through this transition. We have a fantastic group of people (at the R-J), and a great community in Las Vegas. It’s been an honor to be a part of it.”

According to the newspaper's report, Ficarra was quitting "to pursue other opportunities beyond the Review-Journal.”

Ficarra, 63, became chief revenue officer of the Las Vegas paper in January of last year and was named publisher in September. There he reported to Stephens Media chief executive Ed Moss, onetime president and publisher of the then–Union-Tribune under Platinum who brought in Light as editor to replace Karin Winner.

Playing executive musical chairs has become a regular pastime for the troubled newspaper business, and Ficarra's abrupt re-emergence here could further juice speculation that some kind of U-T reckoning and yet another owner may ultimately be revealed.

"SoCal newspaper watchers might have thought the watching couldn’t get much better than the storylines spun out of Aaron Kushner’s Register ownership, Doug Manchester’s U-T ownership, and Sam Zell’s slow torture of the L.A. Times (and the rest of Tribune) — but perhaps it can."

Gosh Matt, I have read the spiraling article twice and can't find a Koch Brothers connection anywhere? What's up with that???

Musical chairs is right. In the public sector that is a tool employed by a small pool of people who keep the salary bidding going by constant movement from employer to employer and sometimes back. But in an industry that is in rapid decline, the reasons aren't so obvious.

As I look at all the head shots that are displayed in the story, my reaction is that they're an unsavory-looking pack.

My guess is that U-T PR flack Stephanie Brown wrote those cheesy, cliched quotes attributed to Light and Ficarra. One bit of evidence: I don't think longtime editor Light would confuse "lay" with lie, as in the quote.

A complicated tale here, worthwhile for keeping the record straight as local (and national) journalism history excruciatingly unfolds. I assume the U-T's executive addition of Mark Ficarra means that U-T editor Jeff Light doesn't have to be COO-ing as much as usual. (I agree with dwbat that well-spoken and educated Light would never use "lay" out of context.) And as for the rogues' gallery of male media moguls, well, I still like Malin "Gumby" Burnham the best.

http://www.sandiegoreader.com/users/p... I heard they were separated at birth!

Jeez, the paper is so small now that a part-timer could edit it.

Maybe it will be printed soon in the old TV GUIDE size!

Nice report. Appreciate you keeping track of all the comings and goings.

Do we also get a story on the Reader's owner/publisher?

Thanks for the pix. Maybe expand them in a Reader Reference Page so that we, the unclean, can at least recognize the swells?

Thanks for the pix. Maybe expand them in a Reader Reference Page so that we, the unwashed, can at least recognize the swells?