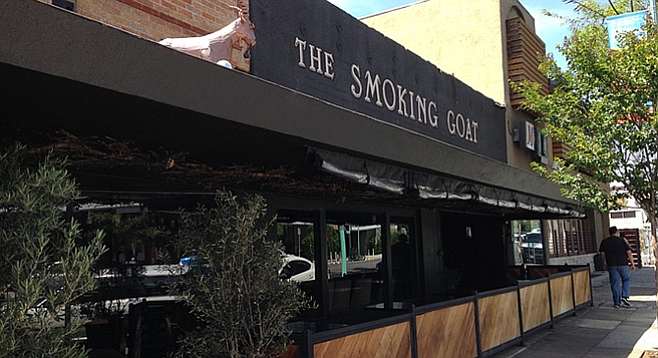 Escargot at the Smoking Goat

I play the part of the American foodie when I go to Paris, visiting patisseries, boulangeries, fromageries, boucheries, and fine restaurants and eating everything remotely French that comes my way: fois gras, soufflé, macarons, and steak au poivre. But if the Boy Scouts offered a patch for French eating, I’d fall one short — I couldn’t get up the nerve to eat escargot.

Snail. The poster child for foodie extremity, behind only monkey brains and bull testicles on the list of things most Americans will die gladly never having tried. Well, not this American. 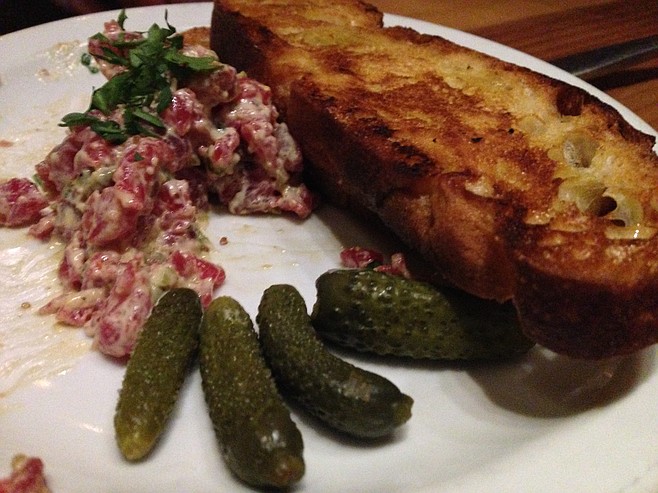 Making a dent in the steak tartare while the cornichons go relatively unnoticed.

I hit a friend’s birthday dinner recently at the Smoking Goat, a predominately French restaurant at 30th and Upas in North Park. There were enough of us that starting the meal trying pretty much every appetizer on the menu seemed like a great idea. First I got ahold of the orange-infused duck liver paté, which I adored both on principle and in practice. Next up came some steak tartare — finely chopped, nicely seasoned, and delicious enough that I dug back into it when I noticed some of my fellow diners demurred at the thought of raw meat. Their loss. 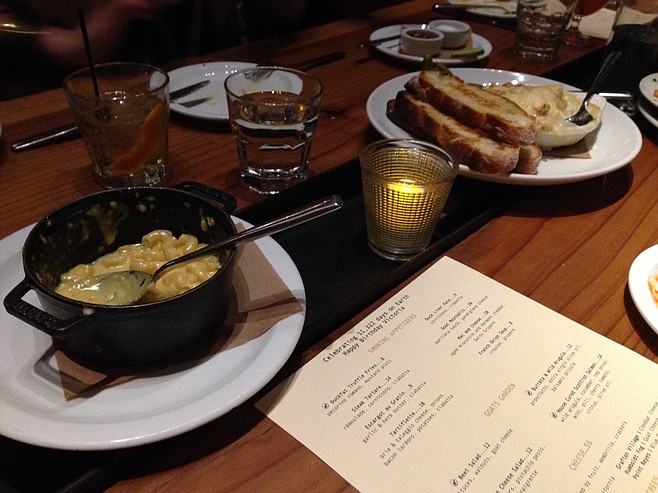 I didn’t get as generous a serving of the mac and cheese or truffle duck fries — no surprise there. They were at least as tasty as one would expect and popular at our table. Same goes for the goat meatballs. I spotted them on a plate moving back and forth at the other end of our long table. When I finally managed to nab one, it tasted like victory.

As it turns out, the escargot wasn’t getting to my end of the table either, though for a different reason. I think our waitress had put it down, and for a while there nobody had the nerve to pick it up. When it finally appeared before me, offered by a friend with a raised eyebrow, the implication was clear: “You’re a food writer, correct? That means you have to eat this.”

Damn it, she was right. Snail was going to happen, and it was best if I didn’t think too hard on it. I grabbed a little fork and jabbed it into the small green pool of herbs and melted butter before me. I felt a little fleshy give at the other end of the tines and knew I’d snared one. I don’t think anybody was watching me at this point, but I resolved to keep my face fixed in an expression I hoped would convey casual curiosity, slowly shifting to a sense of wonderment. 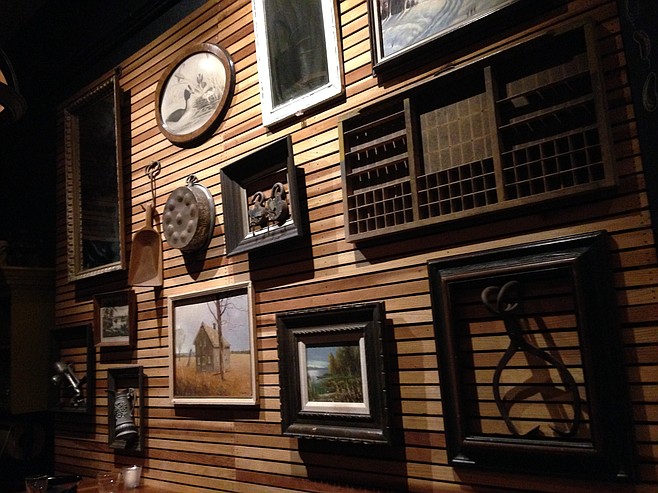 Some of the decorative touches that keep the place French, yet casually so.

Of course, it tasted great — just like butter and herbs, with a texture I’d compare to mussels. I don’t know that I could pinpoint anything distinct about the flavor, but aside from my overthinking there was nothing gross about it.

Which is in keeping with all the food we shared that night. Smoking Goat has picked up its game since my last visit, in terms of presentation, quality, and especially service.