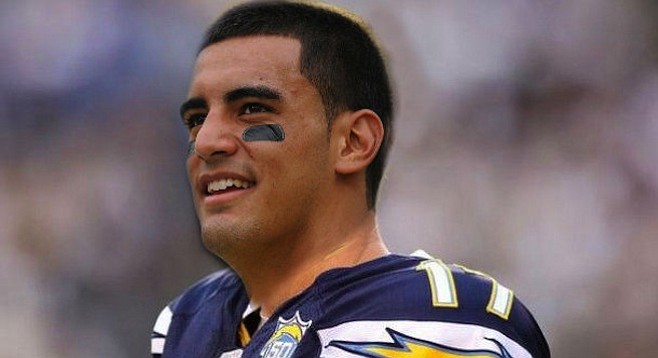 Leaked memo from Chargers insider: "Marcus Mariota is the future of the Chargers Choke."

"We have to take seriously the possibility of a late-career surge from [current quarterback Philip] Rivers. John Elway didn't win his first Super Bowl until he was 37, and then he won a second one at 38. Rivers is 33. His numbers aren't too far from Elway's, and he has to be thinking about his legacy. It's just possible that he'll somehow manage to pick up a ring in the next couple of years. And if the Chargers are going to protect their legacy of postseason disappointment, they can't afford let him do it here. After Mariota failed so spectacularly to bring home the national championship for Oregon, we feel confident that he can provide the right mix of true talent and disappointing results that we value in our organization. Just because we're moving to Los Angeles doesn't mean that we have to change who we are."