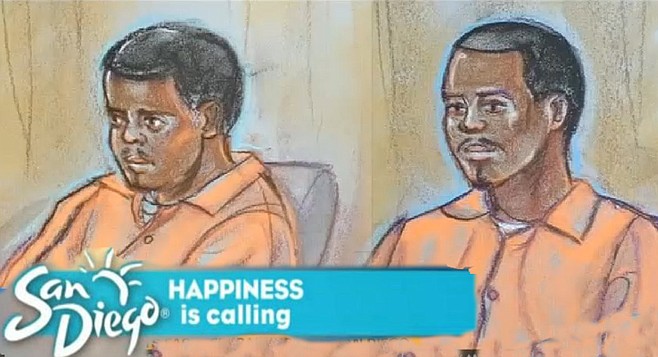 Faulconer: "You say Terrorist, and I say Tourist..."

You say potato, and I say potahto...

Statement from Mayor Faulconer's office following the arrest of Abdirahman Yasin Daud and Mohamed Abdihamid Farah on charges of conspiracy to provide material support to a designated terrorist group:

I certainly understand why some members of the community might be distressed over the news that would-be ISIS members are making San Diego a destination en route to taking up arms against all that is right and good. After all, we gave flying lessons to a couple of the 9/11 hijackers, so it's definitely a sore spot.

But I'm a glass-half-full kind of guy; you kind of have to be one if you're going to be mayor in this town, you know? And what this arrest says to me is that our national San Diego: Happiness is Calling tourism campaign is getting results! These guys could have gone anywhere to get their passports before passing through Mexico on their way to Syria. But they didn't go anywhere; they came here. Maybe it was for the weather, maybe it was for the beaches, maybe it was for a delicious fish taco and some tasty cervezas. Or maybe it was to visit Balboa Park during its 100th anniversary celebration!

And while I can't in good conscience say that it's okay to join an organization that hates America and all it stands for, I can say that I sympathize with Mr. Daud and Mr. Farah. If you were living in Minnesota, looking at two feet of snow on the ground in mid-April, wouldn't you hate America, too? Maybe if they'd stayed in America's Finest City a while longer before getting arrested, they would have changed their minds. 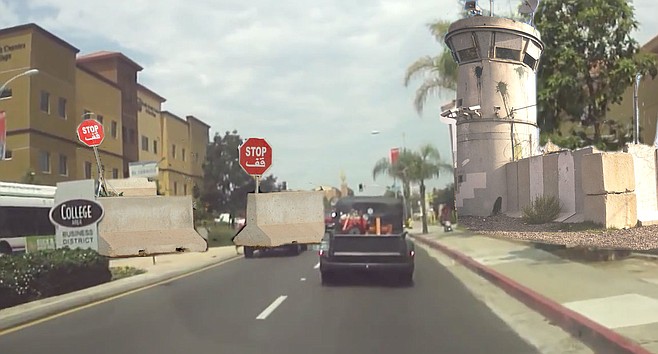 We regret any inconvenience.

Anyway, I just wanted to lay all that out there before assuring everyone that the new checkpoint on El Cajon Boulevard is in no way a judgment on Little Mogadishu as a neighborhood or the Somali people as a whole. It's just that there are an awful lot of Chaldeans a few miles down the road, and we just want to do a little preventative maintenance to prevent any unnecessary issues on either side. It's just good civic policy. Thanks!

"Little Mogadishu", I love it!

It's funny, Faulconer reminds me a lot of Dan Quayle. In the academic sense, I can see Faulconer misspelling potato.