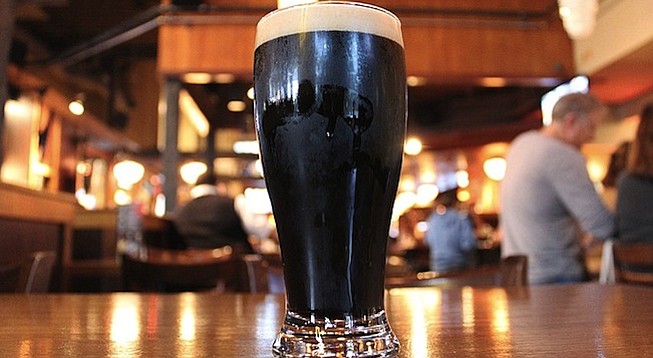 High on the chai

Vanilla, coffee, chilies…they’ve all had their time in the sun and their time in the fermenter as en vogue beer additives. Some were pretty obvious go-withs, while others (like, say, scorpion peppers and breakfast cereal) imbibers never saw coming. One such less expected but rather tasty flavor enhancer that’s found its way into beers over the past year or so is chai.

A blend of black tea combined with herbs and spices to give it added earthy, spicy depth, it’s been a popular beverage among the coffee-house set. Turns out, it’s damn good in beer, too. That much is proven by one of Carli Smith’s first creations as the brewmaster at Rock Bottom Brewery & Restaurant, Chai Porter.

When hitting Rock Bottom to interview Smith about her new role helming its onsite brewhouse, none of her original recipes were available just yet, but a single keg of the Chai Porter had just been tapped. Having only had two chai beers prior to that evening, I ordered a pint. It was delivered to the table with a creamy, tan head hovering over its jet-black body.

The scent of cinnamon wafted up, flaring my nostrils as I took my first sip. My taste buds were enveloped by a rich chocolatiness that was followed by more cinnamon and some herbal qualities like one would encounter in a chai latte.

It turns out Smith used the La Jolla brewpub’s award-winning Moonlight Porter recipe as the base for this beer. In doing so, she converted this savory dark beer into something deliciously dessert-like that I’m glad to report was rebrewed (as a full batch) and will go on tap April 21.