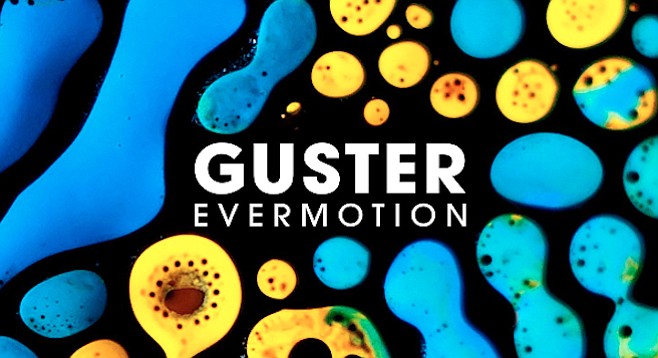 Continuing to chip away at their college rock roots, Guster's Evermotion further obscures the band's acoustic guitar and bongo-backed beginnings.

The opener, “Long Night,” provides an overture of sorts, lulling the listener in with dreamy xylophone jangles and sprawling synth chords that carry through the record. Producer Richard Swift's (the Shins) lo-fi thumbprint is obvious from the start.

Guster's "Doin' It By Myself" 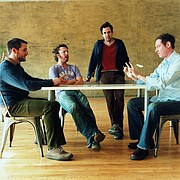 Off the Boston band's latest, Evermotion

Slow-tempo tracks such as “Lazy Love” and “Never Coming Down” further the album's easy-going vibe. The well-crafted smoothness shines brightest on the Bacharachesque “Doin' It By Myself.”

The lush and relaxed musical evolution is rarely interrupted, save for the lead single, “Simple Machine.” “I'm not a simple machine, I have become someone else,” lead singer Ryan Miller proclaims over engine-like drumbeats. A more than fitting sentiment for an album that's incomparable to the band's folksy 1995 debut, Parachute.

Though perhaps Evermotion is a little too simplified at times. The once prominently featured harmonies and shared lead vocals between Miller and guitarist Adam Gardner have become increasingly absent on Guster's past few albums. Rock rarely shuts its door to complication, and a variety in vocals might have taken an otherwise solid album up a notch or two.