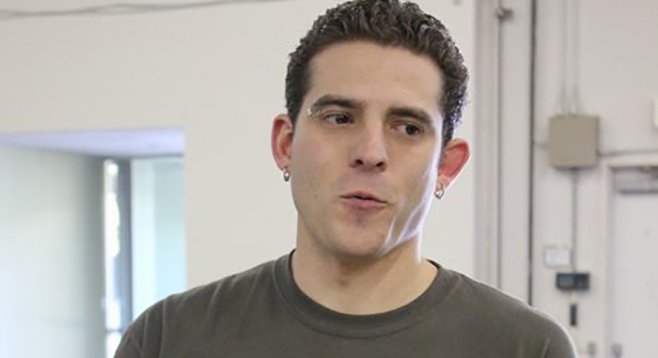 Chuck at Green Flash. Mitch at Stone. Devon at Pizza Port. Employees of local brewing companies become so engrained into the fabric of their operations that followers of the San Diego craft beer scene think of they and their masters as one in the same. For the most part, there is a great deal of loyalty and longevity in these employment relationships, but as the industry grows and the number of smaller, younger businesses join the fold, more and more vocational movement is occurring. Brewers’ LinkedIn profiles are sporting more entries than in the olden days and, of late, a number of high profile moves have taken place.

As mentioned in a post over a week ago, David Meadows, the head brewer at Vista’s Barrel Harbor Brewing Company, is no longer with the company. He is now the master brewer at Prospectors Brewing Company in Mariposa. Though a tad inconsistent, beers at the North County operation were improving and there were a few standout ales. Meadows has been a bit of a journeyman over his career, but this still comes as a bit of a surprise. They have since hired Lance McCoy to take Meadows’ place.

Meanwhile, in Kearny Mesa, Helm’s Brewing Company accepted the resignation of head brewer Brian Mitchell. Behind Mitchell, the beers at this consistently inconsistent brewery had gotten better, but disputes over recipes and styles by which to utilize the company’s stock of more sought after hops created an impasse for the two sides. Mitchell has since begun brewing for Santee’s Twisted Manzanita Ales.

An unfavorable work environment attributed to back of the house business dealings spurred the most surprising brewer shift in a while. Kevin Buckley, the only brewmaster Latitude 33 Brewing Company has known in its two-year history, is leaving the Vista business to accept a job as brewmaster for the work-in-progress Barley Forge Brewing Company in Costa Mesa. The new position represents a great opportunity for Buckley, who produced myriad fine beers at Latitude 33. With any luck, he will return to San Diego County, possibly to pursue his own brewing interest.

And already departed from the San Diego scene is Alex Tweet. One of the trio of opening day brewers for Modern Times Beer, he bid the Point Loma operation adieu to open Fieldwork Brewing Company in Berkeley. It's not troubling to see individuals moving from job-to-job, but with more open brewing positions than qualified brewers in San Diego County, it is troubling to see so many leaving town.