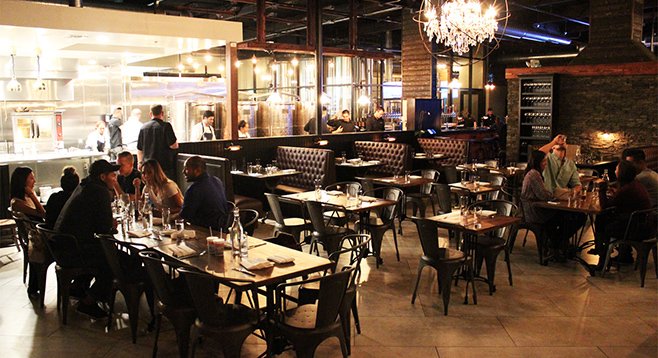 No beer, no problem

The Cork and Craft

“I cook food. I roast coffee.” This is the mantra Mike Arquines leads with from the helm of newly opened restaurant, urban winery, and soon-to-debut brewery, The Cork and Craft (16990 Via Tazon, Rancho Bernardo). It’s quite the understatement. Not only is he a co-founder of locally respected Mostra Coffee, but he’s a classically trained chef with a plethora of culinary tricks up his sleeves, which, prior to coming on at C&C, he used to wow foodies when catering underground supper club events and specialty feasts around town. His partner in crime for many of those endeavors was Karl Strauss Brewing Company alum, Derek Gallanosa, who would provide homebrewed beer pairings designed to go with each of Arquines’ dishes. Gallanosa now heads the beer and brewing program at C&C, and once the latter is up and running (likely later this year), the duo plan to employ that level of food and beverage symbiosis. But for now, it’s all Arquines…and that’s just fine. 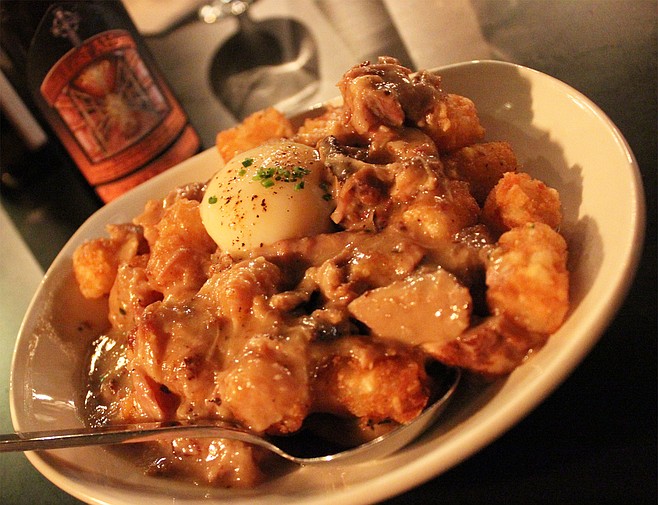 A recent visit to C&C turned up a menu split down the middle between meticulous gourmet cuisine (mains, sides and desserts) and heightened versions of casual, feel-good dishes (appetizers and salads). Regardless of which camp you extract your vittles, chances are high that you’ll be pleased. On the familiar end of the spectrum, a crudo of hamachi and scallops is heartier than most crudo dishes and rich with flavors of the ocean augmented by citrus and herbs. Fried Brussels sprouts also benefit from a generous level of acidity introduced by an apple cider vinaigrette, while a trio of different fried protein skins fluctuate from sweet to succulently porky. To be fair, poutine is easy to get excited about, but trade fries for tater tots, top with melty cheese curds, rich short rib gravy, and an egg slow-cooked to soft, runny perfection at a constant temperature of 62.8 degrees for an hour, and you have something next-level. The short ribs themselves show up on the entrée side with potato puree and red wine sauce beside steak frites and papparedelle Bolognese as well as more original offerings including chicken Ballontine with whipped black garlic, wood-fired scallops with corn pudding, and black cod with green tea soba noodles in a miso consommé. 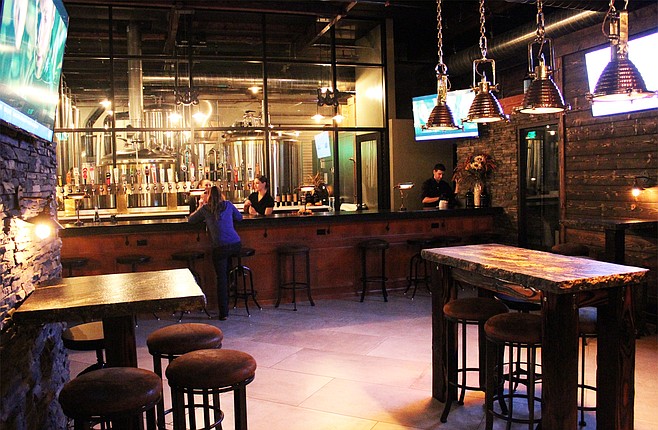 With as much attention paid to the look of the place as the composition of its dishes, C&C has a lot to offer. There may be no place in San Diego where diners can enjoy such fine food in such a casual yet classy setting. That’s certainly true where brewery venues are concerned. You simply won’t find food of this caliber at a local brewery-restaurant or brewpub. Throw in the Mostra Coffee angle — rich, icy java is available from a nitro tap and the company’s java is used to make ice cream for a chocolate bread pudding that’s to die for — and one can only imagine how cool it’s going to be once Gallanosa’s beers enter the equation. Like the food menu, they’ll be split 50/50 with half the suds stock being hoppy, the other focused on other flavors and mostly sessionable styles. Though it’s early, there’s already a potential opportunity for brewhouse growth. Two fermentation tanks and a bright are en route and, if C&C takes over the neighboring business suite to put in a retail store for Mostra, that will also provide more room for the brewing operation.