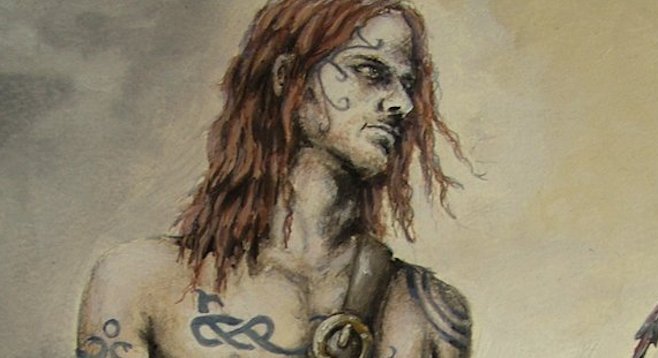 The San Diego Symphony opens the season with a trio of Scottish-inspired pieces.

Friday night was the first Masterwork concert of the new season.

As I sat in the foyer waiting for my dude-date, I didn't observe an abundance of anticipation. It kind of felt like a mid-season crowd.

Attendance seemed about average as well.

Guess what wasn't average? The orchestra. I would say the orchestra was above average. All the women were strong and all the men were good-looking, as well.

In reality, the orchestra was also greater than good and exceeded excellent and surpassed stupendous.

I'm forced to retreat into alliteration when I can't critique the tuning, tempos, trumpets or truth of the performance.

Speaking of strong women, Jisun Yang is the Acting Principal Associate Concertmaster and she was strong in her solo during Maxwell Davies’ An Orkney Wedding, With Sunrise. I mean to tell you, that is one confident and capable violinist.

As is our beloved Jeff Thayer, who stepped to the foot of the stage and delivered a pitch-perfect rendering of Bruch's Scottish Fantasy. The Scottish Fantasy isn’t the most overtly impressive piece of music for the violin soloist but Thayer impressed me from start to finish.

I had beer and biscotti during intermission and then went back in to hear Mendelssohn’s Scottish Symphony.

Back to The Scottish Symphony — what can I say? Maestro Ling and the orchestra may as well have been wearing kilts and been painted up like woad warriors. It was awesome.

The sound of this edition of The San Diego Symphony is beyond the achievements of previous years. This season is bound for glory.