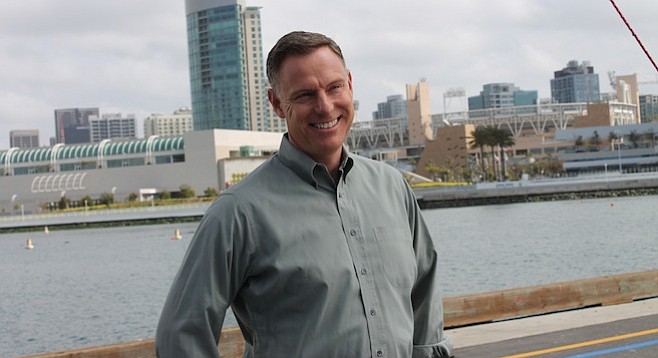 Congressman Peters and the dark arts

Before it began, San Diego power players predicted that victory in the battle between Democratic House freshman Scott Peters and GOP ex-city councilman Carl DeMaio would ultimately come down to big money and the dark arts of politics.

Practiced by a circle of expert political consultants, the techniques, including so-called opposition research and the manipulation of print and electronic outlets to shift public opinion, can make the key difference in a closely fought race, as the Peters-DeMaio was shaping up to be.

At first, it appeared that DeMaio had the inside track. He was backed by his longtime friend and financial supporter Douglas Manchester, who with young Russian-born second wife Geniya funneled cash to the GOP candidate through a Georgia-based campaign finance committee.

Manchester and the newspaper he owns, U-T San Diego, had come off the hit-piece-filled triumph of Republican Kevin Faulconer against Democrats David Alvarez and Nathan Fletcher in fighting form.

The direct-mail attacks against Fletcher and his employer Qualcomm from the GOP Lincoln Club had become so intense that Qualcomm's then-CEO Paul Jacobs demanded a retraction.

"Is the Lincoln Club so desperate and out of constructive ideas that they are resorting to attacks on private employers, forsaking their supposed principles and lying to serve a political agenda?" wrote Jacobs.

This year came charges by ex-DeMaio staffer Todd Bosnich, denied by U-T San Diego editor Jeff Light, that DeMaio and his staff had been allowed to craft an anti-Peters editorial furnished to the U-T’s Chris Reed.

"Our writers do their own writing and their own research," retorted Light in a statement he posted online. "Anyone familiar with Chris Reed's formidable intellect and scrupulous character would be struck by how utterly preposterous this claim is."

As it turns out, Peters, who ultimately won the war, had a key ace in hole.

Rice didn't respond to requests for comment; his biography on VR's website says, "Mike has spent his entire career in public records and opposition research."

In August 2003, during the recall campaign against Democratic governor Gray Davis, the Los Angeles Times investigated the role of opposition research.

As the paper explained it, "If the recall campaign follows the normal pattern, opposition research material will be spun into television and radio spots, mailings and news conferences — when not leaked to the media."

The paper quoted Rice as saying, "That's your best outlet — to give it to a reporter."

In October 1994, when Kathleen Brown, Jerry Brown's sister, was running for governor against Republican Pete Wilson, the Times identified Rice as a major player.

"All politicians keep tabs on their opponents — reading their direct mail, watching their television ads, even researching their backgrounds. But in the midst of a campaign, nothing beats following the enemy around," the paper reported.

"The Brown campaign has a few high-level employees — press secretary John Whitehurst, for example, and senior adviser for research Michael Rice — who sometimes attend Wilson events throughout the state.

"After Wilson speaks, these people often hold their own news conferences to poke holes in his claims. Other times, they attempt to persuade reporters one-on-one, passing out Brown campaign materials and offering instant analysis." 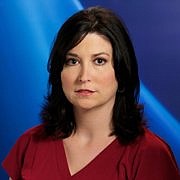 Roth's services to the campaign were billed through BFR Freelance, Inc., whose president is his wife, Beth Ford Roth. She also works as a paid blogger on military issues for San Diego State University–run public television operation KPBS.

Roth says his wife played no role in the Peters campaign, from which BFR has received $16,000 through October 15 for "communications services," the campaign's disclosure filings show. 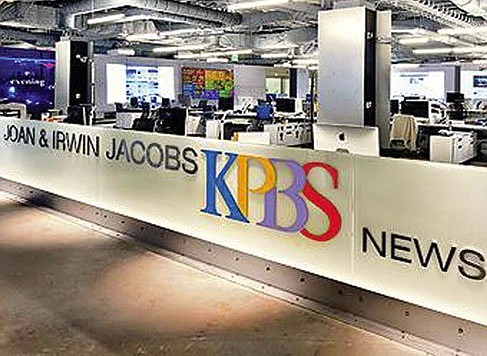 One of the station's major financial backers, Qualcomm Democratic billionaire Irwin Jacobs, for whom the KPBS newsroom is named, is a longtime donor to Peters and hosted a Peters fundraiser featuring president Barack Obama at his La Jolla mansion earlier this year.

That fueled criticism by DeMaio backers of sexually related allegations aired by the station against the GOP candidate the Sunday afternoon before the election.

“By resurrecting this outrageous lie in the last 48 hours of the campaign, Scott Peters has sunk to a new low,” DeMaio spokesman Dave McCulloch was quoted by U-T San Diego as saying.

Such as it is, San Diego's intrigue-filled battle of the dark arts may not yet have reached its denouement, at least if mega-millionaire Manchester has anything to do with it.

In the wake of the post-election arrest of ex-DeMaio aide and accuser Bosnich for allegedly assaulting his mother, the Republican’s paper appears ready for another bout of research, asserting in a November 13 editorial, "the timelines and police records have only raised more questions for all involved in this slimy affair."

Best piece yet on this whole complicated mess.

I don't think Matt Potter has told us yet how much money was spent by Carl DeMaio on "opposition research" or revealed the names of companies used. Is there any way to account for accuracy or false charges leveled by either side? (I for one was skeptical about over-reach in DeMaio ads noticing Peters' BMW expenses while he was on City Council and false claims that Peters made money from official Congressional votes.)

Mainly, it's great to have surcease from the relentless TV barrage. Time to acknowledge that the best man won. Tme to move on.

The opposition research needed for Mr. DeMaio could have been done on Google for cheap. And after the Filner scandal should really have been expected. What comes around goes around.

Hopefully Carl won't do a "Nixon" and try for a comeback in a few years.

This is one of those rare occasions when UT actually gets it right. It WAS a slimy affair. And if the party alignments had been reversed, those accusations against DeMaio would have been loudly denounced as gay-bashing, bigotry, and homophobia. As it was, he didn't have many vocal supporters from within the LGBT community. Wonder why?

It's been well-documented why Tea bagger DeMaio didn't have much support in the LGBT community. He was booed at a PRIDE parade. Some have called him a gay "Uncle Tom." If the shoe fits....

OK. You have described the "what", but not the "why." Usually that term or a Latino equivalent, "Tio Taco", was used to disparage those who had sold out to the power structure. Was it simply that you cannot be in the GOP and also be gay? If that's the belief, then many people are wrong much of the time. Care to elaborate? I'm truly curious.

Google DeMaio, and read previous articles/editorials in the local gay press. It does explain the "why" for you. What's stopping you from doing your own research?

Poor Jeff Light. Every day he works for Manchester, he sells another piece of his soul.

Please, high-minded Readerreader speculators who refuse to let go. Almost 5,000 more 52nd District voters wanted to keep a moderate Democrat in the U.S. Congress than wanted a Tea Party Republican. We fervently hope DeMaio now will leave us in peace after this second local defeat. As for Jeff Light's soul: he can always go to confession if he was lying -- which I doubt, because in that case he just would have stayed quiet.

It's astonishing that Matt Potter says nothing about the amount of "dark money" flowing into San Diego to support DeMaio from the likes of the Koch Brothers. Nor the barrage of negative ads that the dark money funded for the DeMaio campaign against Peters. You can't really be serious in portraying the situation as you have?

Politics is now a very dirty business, and thanks to Citizens United and the right-wing Supreme Court majority, we are left with a "democracy" where it's all about the money--and hiding the money's source.

At least in this case, San Diego was spared the nightmare of having Carl DeMaio in Washington. Scott Peters has done a good job, has the intelligence and wisdom to legislate, and will try to collaborate and compromise to get things done. DeMaio has shown himself time and time again to be incapable of hearing anyone's voice but his own.