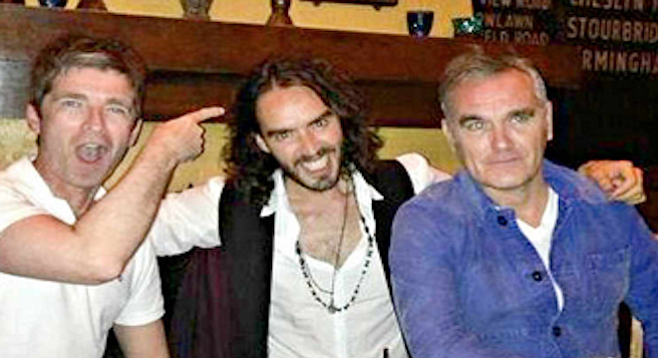 While the Cat's away, where will the Brits play?

Iconic Cat and Fiddle pub ousted from its Hollywood digs

Hollywood’s British pub the Cat and Fiddle will be ringing orders for the last time at its present location on Sunset Boulevard on December 15.

The building’s owners have negotiated a new tenancy agreement with a chain restaurant for double the present rent and have been unresponsive to the present tenants’ hopes to remain put.

Why should you care? Well, aside from its good beer and tasty fare, friendly atmosphere, and inviting patio, the Cat and Fiddle also has a star-studded history of rock-and-roll patrons.

The pub was founded in 1982 by English ex-pat Kim Gardner, himself a ’60s notable, having been the bassist in influential bands the Creation and the Birds, both with childhood friend and future Stones and Faces member, Ronnie Wood. Gardner also shared stage with George Harrison and Bo Diddley.

After arriving in L.A. in 1974, Gardner decided to open a British pub because “there wasn’t one.” His dad wryly remarked, “That boy would do anything for a pint.” Gardner passed in 2001, but his wife, Paula, and their daughter, Ashlee, have maintained the pub ever since. Ashlee has also continued the family tradition by working as a professional musician, touring as bassist with Pink, among others.

Cat and Fiddle serves as a sort of home away from home for British bands on U.S. tours and is conveniently located near Sunset Sound studio, so it’s hardly a surprise that hard-at-work rockers take time out for a pint (or more) in the pub. Rod Stewart, Eric Clapton, Ronnie Wood, the Cult’s guitar hero Billy Duffy, Sex Pistols John “Johnny Rotten” Lydon and Steve Jones, and former Oasis man Noel Gallagher are just a few who have wet their appetites in there. It’s not without its movie connections either, as Robert De Niro has been to known to stop in. Scenes from Casablanca were filmed in the Fiddle. And comedic actor and part-time anarchist Russell Brand has taken a break from smashing the system to have a drink there.

Charlatans (U.K.) front man Tim Burgess was a regular while he lived in L.A. But probably the best-known regular is former Smiths man Morrissey, who claims he once chose a venue for a show in L.A. because “It’s close to the Cat and Fiddle!”

Pubs close down all the time, often for being characterless, soulless, pointless places to get drunk. This doesn’t apply to the Cool Cat. After more than 30 years, the pub has more than proved its worth as a part of the community for locals and out-of-town visitors, and it’s now closing in the name of greed. Without bias, I hope the nature of their landlord’s business comes back to bite them on the arse.*

Thankfully, the Gardner’s aren’t giving up the dream and are looking for a new, loving home for their Cat. It’s homely, friendly to strangers, and has all its shots.