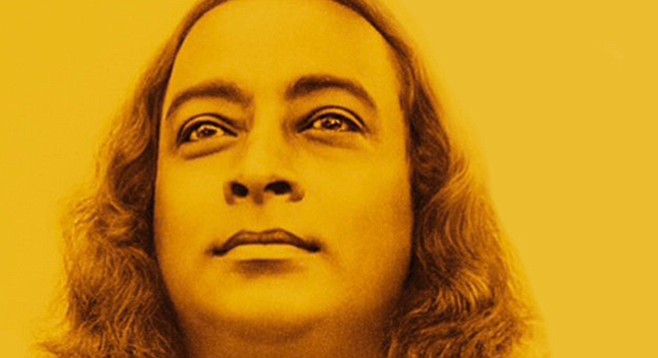 Interview with Awake: The Life of Yogananda co-directors Paola DiFlorio and Lisa Leeman 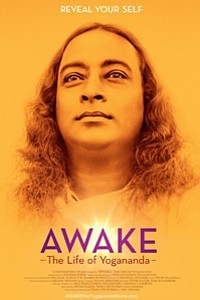 Awake: The Life of Yogananda **

Awake: The Life of Yogananda tells the story of the Indian Swami who introduced mainstream America to yoga and meditation in the 1920s. Paramahansa Yogananda is probably best known as the author of The Autobiography of a Yogi, which was famously the only book Steve Jobs had on his iPad, and which was given out to attendees at his memorial service. But before he became an author, Yogananda toured the country on the lecture circuit, selling out huge halls and attracting devotees from all walks of life. The film opens Friday at Reading Gaslamp and La Paloma in Encinitas. Visit awaketheyoganandamovie.com for more info.

Matthew Lickona: Could you talk about the experience of working as co-directors?

Paola DiFlorio: We jumped into the world of Paramahansa Yogananda and the community of people who followed his teaching, and we read a lot of his writings, and we found there was a lot to discuss. That was a real starting point: grasping the teachings themselves. Then we had to work out the themes that we wanted to explore, and then that became a challenge of, “How do we make those themes cinematic?” The breakthrough was discovering that Y would be the voice of the film. And then finding the visual metaphors that would be the language of the film. That involved a lot of back and forth.

Lisa Leeman: We had to figure out the weaving in and out of the narration, and then Yogananda speaking, and then using a visual metaphor, and then coming back to the actual concrete story. It was a really intuitive process that meant just sitting down in front of the editing machine and exploring.

PD: Water was a huge image. Yogananda used the metaphor of the ocean of consciousness. So we created entire palettes we could use in scenes. Different elements, different kinds of water. Different pathways. All sorts of metaphoric imagery. Another big metaphor is, “Life is a movie ­— light and shadows of the Lord.” We tried to use cinematic film projection images.

LL: Some of it was accidental. We were down in Brazil, shooting the end of a service, and I was throwing the image out of focus. Suddenly, the people became — they were walking into the light, and they became these blob figures, sort of merging and separating. I realized, “Oh my God, this is a fabulous metaphor for interconnectedness.” I shot it by accident, but realized it as I was shooting it, and then Paola and [producer Peter Rader] incorporated it into a scene in such a beautiful way. It’s the opening scene of the film, when Y says that he was conscious in the womb.

PD: I remember seeing that image for the first time, and it really felt like that whole idea he expressed of wanting to be individuated and born, but at the same time, not wanting to, because he was spirit. We did a lot of that kind of passing back and forth.

ML: Speaking of cameras and images, I was struck again and again by what a media genius Yogananda was. How he presented himself and marketed himself: from the mail-order lessons to the lecture tours to the newspaper articles to the films. But the scene that really had me shaking my head was when he visited his guru just after his guru had died. His guru is sitting there, dead, and the camera is running, and Yogananda is looking at the camera! He knows it’s a filmworthy scene!

LL: What’s amazing is that people gave him those movie cameras when he was barnstorming America and selling out multiple-thousand-seat theaters. One of his assistants — his secretary Richard Wright, who traveled with him to India when he went back to his guru — took them and acquired some cinematic skills.

PD: At the beginning, we were looking at this footage from the ’20s through the ’50s, and I thought, How are we going to make this movie? I mean, it was a gift, right? This amazing footage. But at the same time, it was so pose-y. We’re in an era where people are bringing cameras into very intimate places, and this felt very stiff and removed. How do you get an audience to embrace the heartspace and the journey of another individual with that kind of footage?

But after looking at it for a while, and having my own issues with what you’re bringing up, I remembered somebody saying to me, “Oh, that’s amazing that you have that footage. There’s something that’s being transmitted.” I didn’t know what that meant, but then I explored this idea of darshan. It’s sort of the imparting of spiritual gifts through visual contact or proximity with a person who is like a saint. Something gets transmitted.

ML: Sort of what George Harrison is talking about in the film when he says that Yogananda “zapped me with his eyes.”

PD: After learning that, I looked at the footage with a different eye. I can’t be sure, but maybe he was looking at the power of this technology and realizing that was something he could do. His disciples would talk about him imparting gifts in their presence in this way. Here he was with a camera; he probably thought, “I can give it to many millions more through this medium.”