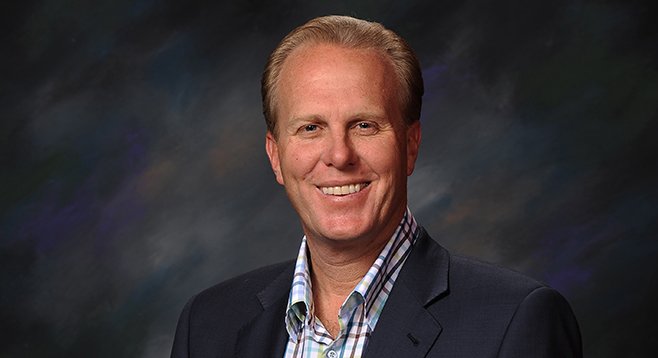 Mayor Kevin Faulconer continues to hand out city appointments to some of his biggest campaign givers. One of the more conspicuous is Guy Asaro, president of McMillin Homes, who has become a member of the city’s Historical Resources Board. McMillin family members and employees gave more than $51,000 to Faulconer’s mayoral campaign, according to city records.

“Mr. Asaro is a past member of the Chula Vista Mayor’s Task Force on School Issues, Budget Oversight Committee for the Chula Vista Elementary School District and SR-125 Development Task Force. He cares deeply about conserving the character of neighborhoods in San Diego.”

The National Association of Realtors Fund, a political action committee from Chicago, has waded into San Diego politics with a $16,000 poll and $8700 worth of mail on behalf of downtown lobbyist and Republican city council candidate Chris Cate.

Not surprising to anyone FOLLOWING THE MONEY in $an Diego...

What would be a big surprise is the new Mayor giving positions to those that really deserve them instead of those that bought them with big donations.

The way things are now, all the Advisory Boards are simply just rubber stamps for what Big Business wants instead of what they were designed to be, which was appointed citizens giving a voice to what the tax payers want.

He hangs out at SDYC, acting the WASP part, being a dick with an entitled attitude. Govt. can be bought. This is clear.

Of course. The GOP powerbrokers got exactly what they wanted when they hand-picked Faulconer. Crony capitalism.

He will get sick of going to the meetings after a while. Most people with no interest in historic preservation would. Does he know you are supposed to visit every site (maybe 6-8 a month that are discussed) and read a long report on each. It's hard to fake it if you haven't done that.