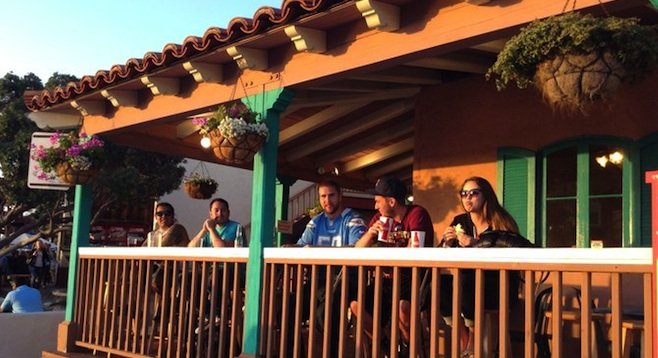 Seaport Deli: Is there happy hour after happy hour?

Here, the sun tells you when happy hour is.

It's about the sunset. The water. The squawking gulls. The magician disappearing balloons down his throat.

Oh, and the food ain't bad either.

I'd just missed happy hour at the Cheesecake Factory, across at The Headquarters (the old Spanish Police Station on Harbor Drive. Real deals. Like, $5 plates. Got to go back. Before six next time).

So I'm coming out from The Headquarters, straight into the glare of ol' Huey. Blinds me for a moment. And then it hits me. Sunset! Don't hide inland. Hit the Bay.

It only takes two minutes to cross to Seaport Village, pause at this little park (where a magician guy is swallowing three feet of balloon, like a Boa swallowing a Dashhund, then pulling it slowly out his ear), and finally climb the steps to the veranda deck of Seaport Deli. 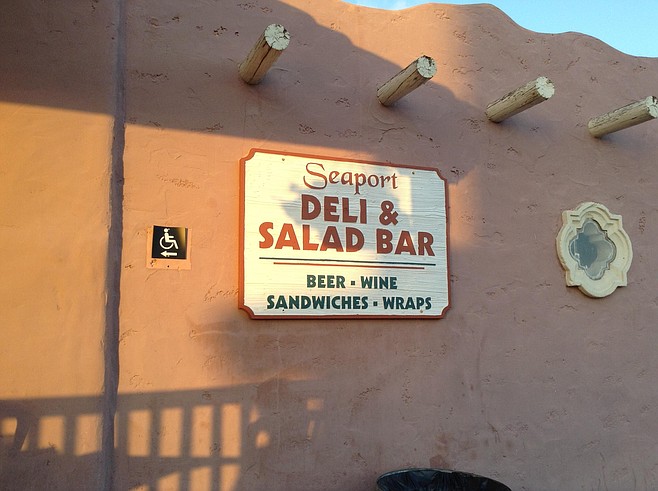 It has a Caribbean feel. With touches of art. 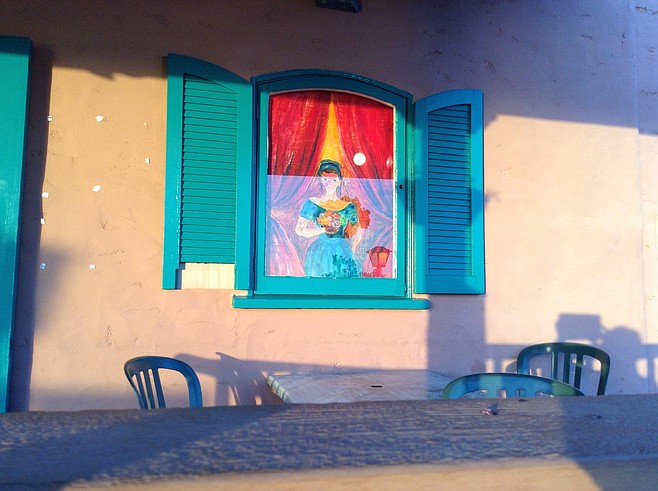 Alongside me, a bunch of sun freaks sip brewskis and chomp slowly away at burgerish things without looking, all eyes on da Big Lamp sinking across the waters.

So I go back inside to get something. Check on the menu board. Okay, this ain't no gastronomic giant like Cheesecake Factory. It's a little tourist sandwich joint. And Janeth, who's sandwich-maker and cashier wrapped up in one, looks like, can't hang around if you're dithering.

I check the menu board. No real gourmet stuff going on, just pretty big sandwiches. Uh, biggish prices as well. Mostly around ten bucks. The roast beef and the chicken are each $8.35, the Carousel (with turkey, bacon, avocado), is $9.75. They have toasted sandwiches too, like the pastrami ($9.30).

I look at the salads because I'm so near down to 200 pounds I can feel gravity retreating. Starting to worry about floating away. Was actually 201 the other day. Now 202. But getting used to all the rabbit food.

I get the tuna salad ($7.00) and a Bud Light ($4). Salad comes in a crackly plastic box. It's basically two blobs of mashed tuna on a pile of chopped lettuce. Lots of lettuce. And a little tub of Caesarish vinaigrette. And four saltine crackers. So, not stacked with imagination, but plenty filling. 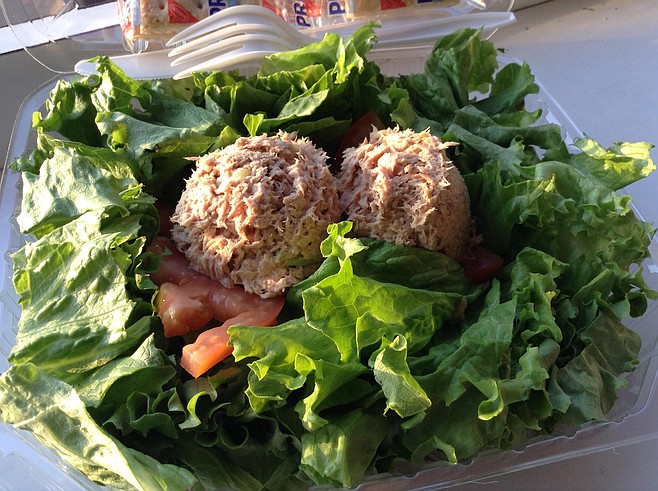 And hey, when I set everything down and join the other sunset chompers, the lettuce glints like emeralds and the Bud glows like gold, backlit by the sun. 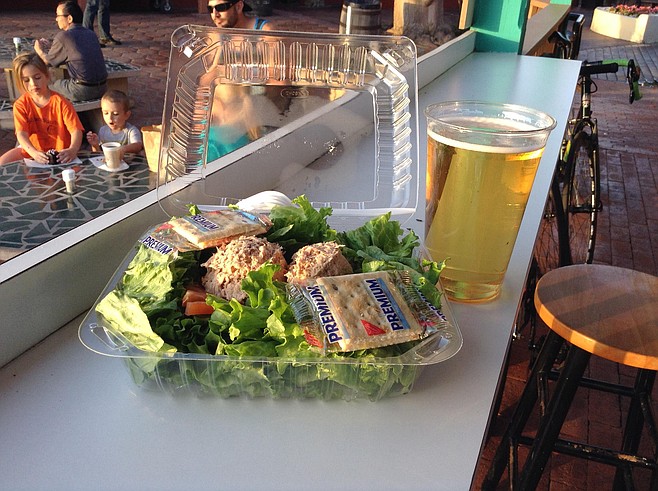 Not only that, but the Big Bay, also backlit by Huey, is a magic blue. Guess that's what they call ultramarine.

Across the way, a row of gulls watches us watching the last of the rays and the waters ruffling dark. 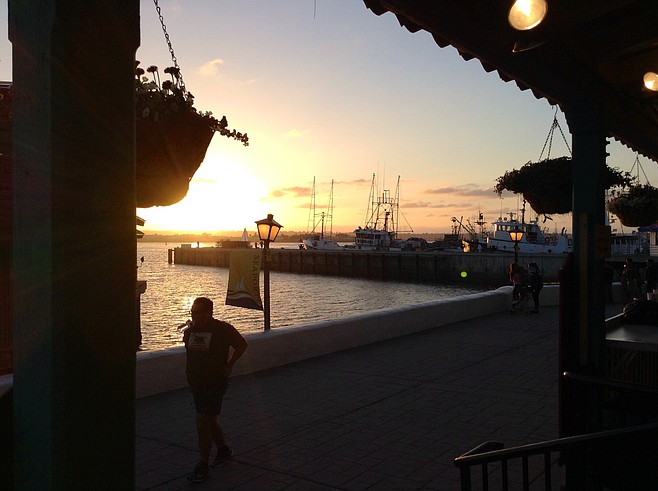 Huey leaves for the Taj Mahal

"Just think: That same sun is coming up over the Taj Mahal, India. Right now," says this guy in the leather jacket next to me. He stands up, spreads his arms. "Ave atque vale!' -That's 'Hail and farewell,'" he says, as he sits down. "Catullus. Roman poet. Most famous verse. Bob Dylan of his day." He looks back as the sun disappears behind Shelter Island.

He lifts up his iPhone. "Looked it up. Ya gotta have good people."

I settle back into this nice, smug feeling. Happy hour? Didn't miss it after all.