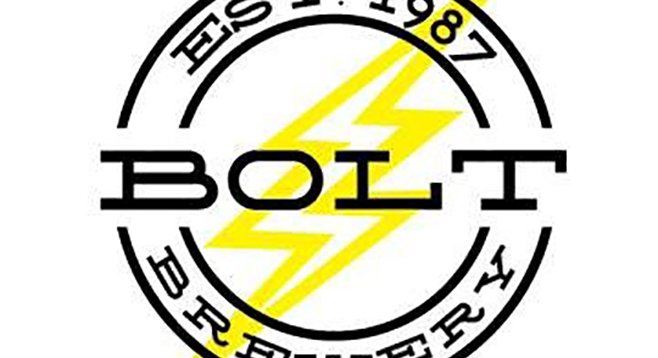 Bolt Back in Biz

Opened in 1989, Karl Strauss Brewing Company is the oldest, continually operating brewery in San Diego. But two years before Uncle Karl and his crew started serving amber lager downtown, an eclectic, low-frills yet high-energy tasting room in a Fallbrook Quonset hut was garnering intense attention from the county’s (then much smaller) craft beer enthusiast sect. So much, in fact, that the brewery that operated it couldn’t brew beer fast enough to sate demand and eventually went out of business. That short-lived but important footnote in the history of San Diego beer went by the name Bolt Brewery.

Clint Stromberg was a part of Bolt back in the day and has many fond memories of the place. Rather than allow that ahead-of-its-time operation to fade further into the annals of local lore, he is working with business partners Molly Rust and Tony Calafato to rebirth the business in East County. Though far from Fallbrook, it’s in keeping with Bolt’s genesis, which took place in the apartment of founder Paul Holborn on University Avenue in La Mesa. Version 2.0 of Bolt Brewery will be located in “the Jewel of the Hills” at 8179 Center Street, just southwest of Grossmont Center. In opening, Bolt Brewery will again blaze trails, becoming the first brewery to open in La Mesa thanks to a recent change in the City charter to allow for suds producers to set up shop.

Stromberg will be responsible for all of the brewing until he can bring additional brewers aboard. Operating at 10-barrel system he built with his own two hands over in Budapest, Hungary in the mid-‘90s, Stromberg will produce roughly 2,000 barrels of beer annually. Though he considers himself a session beer specialist, the veteran of more than 27 years hopes to craft a little bit of everything — ales and lagers ranging from a proper pilsner to pale ales and stouts.

The business is slated to open in late April, with draft, canned, and bottled beer making it to market in late summer. According to Stromberg, the new Bolt will be just as funky and have as much character as the old Quonset hut. But this time, there’ll be an outdoor beer garden assembled for the most part from sea-cargo containers, one of which will be stood on its end, 40 feet in the air. Funky enough for you?