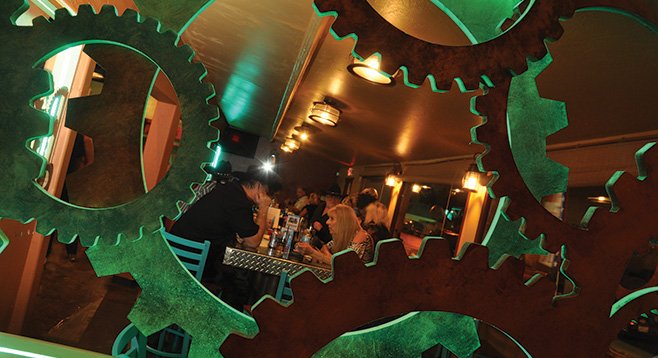 So many missed opportunities, so many sweet-ass zingers lost to the space-time continuum

The Bucking Delorian is the kind of place you want to fall in love with. I mean, it’s a freaking Back to the Future–themed bar in downtown Lakeside! But, not unlike the broken promises of the trilogy’s second installment (I’m looking at you, hoverboards and power laces), the Bucking Delorian falls short on everything I’d hoped for. Let me cushion that by saying there’s nothing overtly offensive about the place, except maybe their perpetually underperforming AC. It just feels a little contrived, as if it was dreamt up by some guy who had only heard about the movie and then decided to slap a novelty bar together without ever bothering to consult the source. 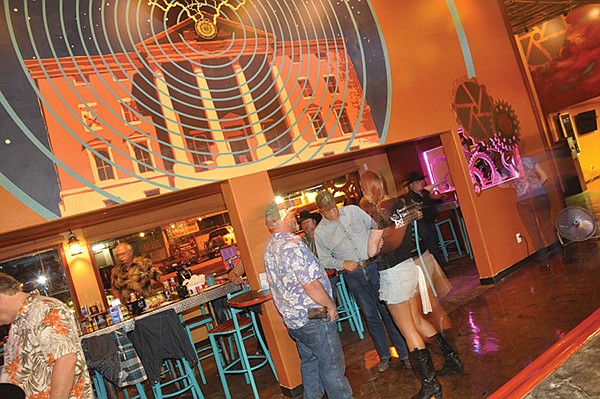 DeLorean is misspelled, for starters. Hey, I hear ya. You never know when a business that went bankrupt 30+ years ago might muscle up a lawsuit just for kicks. Then there’s the wonky DMC-12 — sans “OUTATIME”! — license plate mounted over the taps. Gears spackling the walls lend an air of hillbilly-tinged steampunk, which is further amplified by a menu ridden with typos (“monetary jack” cheese, anybody?). The overall attempt feels pretty fun-housey, but I guess the joke is on me for being such a snob, because the locals clearly don’t give a shit about the shoddy afterthought of a theme.

They’re more interested in the drink specials and a mostly mediocre menu (try the house burger), which includes Pizza Sundays and Wing Wednesdays. But this is Taco Tuesday and the $1.50 chicken tacos taste like something Mom threw together with a pack of taco seasoning after a long day at work. The beef comes in tough chunks resembling peppered jerky bites. It’s entirely unauthentic, but then, abuelita isn’t the target audience for this deep east anachronism. Accompanying the tacos is a discount spicy margarita. The jalapeno-infused Herradura is rimmed with Tajin and garnished with a pickled pepper. It should be called “Doc’s Wake Up Juice,” but it isn’t, and that’s why this place irks me. So many missed opportunities, so many sweet-ass zingers lost to the space-time continuum. Just go there and look at the menu and you’ll be, like, why does it say, “HOLLEYY MOLLEYY!!!” instead of “GREAT SCOTT!”? Pull it together, guys!

Anyway, they’ve got 13 taps with a decent selection of IPAs, line-dancing on Fridays, and everyone seems pretty friendly, so, what the heck, go check it out.