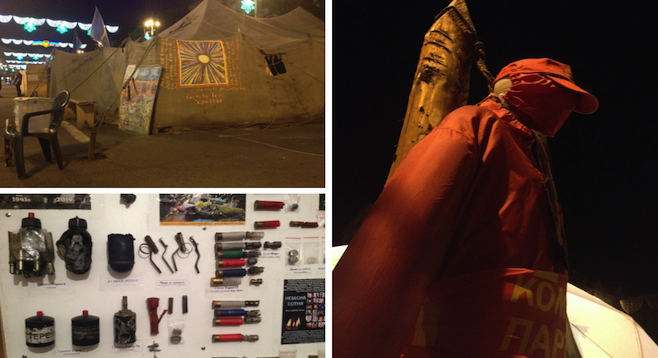 Why Ukraine: nighttime Kiev and protests

Part 2 in a series – reports from a nation in conflict.

June 6, 2014 - Ok, so my first 12 hours here in Kiev were, umm... interesting. I remember looking up at a sign in the airport reading “Red Zone” and thinking it was a USSR reference. Jet-lagged sleep deprivation is clearly some sort of dummying drug. 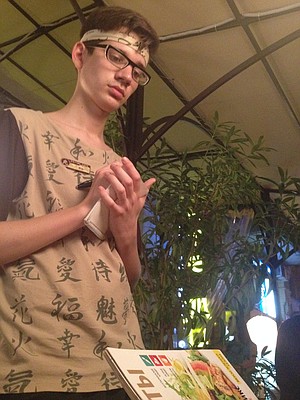 Sushi: not your standard Ukrainian experience.

Now with a few moments of rest behind me, it’s my first night out in town. Some local friends of friends invite me to dinner – at a sushi joint. What? My first sit-down meal in Ukraine is sushi? Hell yes; I love sushi and there's plenty of time to eat the local dishes, whatever they are.

We’re a table of one American and three Ukrainians. Alex can speak English well, his girlfriend can pick up on basic statements trumped with an awesome smile/laugh, and her friend immediately apologizes for not speaking English at all…in broken English. I wish I could do that in other languages.

Perhaps because we had a few drinks, our talk and laughs were easily flowing, or they picked up on my unabashed curiosities, 45 minutes into the meal Alex asks, “Want to see Maidan?” (My rule when traveling: always answer "yes," then ask later what it is.) Guess what locals call their “Independence Square”, where the protests have been erupting? Yep, game on.

Should I act "non-American," not look at people directly, not take pictures or video – not do many things? Of course the first thing I do is take videos, though. It’s nighttime, but the area is well lit. Army-looking tents are everywhere, as well as military-looking dudes. Like the one walking up to me right now while I’m recording.

Protest area at night in Kiev

“Should I not take videos here?” I mumble to Alex.

Military Man quickly tells Alex that there have been so many videos taken already – no worries. Awesome.

We slowly walk down Khreshchatyk Street in downtown Kiev. Tires are stacked everywhere, broken bricks, cobblestone and rocks strewn across the sidewalks and squares. This is fresh – as in, JUST happened. The vibe isn’t crazy at all though; it’s actually pretty relaxed. As mellow as it can be with guys walking around in army garb, mini-cannons on display, and a makeshift museum in a small tent showcasing all of the homemade bombs being used.

I spot one protestor talking to a couple. I didn’t need to understand Ukrainian to see he was explaining things that had happened and his thoughts on it. There was a palpable sense of pride and care in the air.

I’m then told that some of the protestors are actually paid to be there – whether this is necessarily true, I don’t know. Regardless, it chilled the warm moment I was having.

The newly elected president, nicknamed “Chocolate Rabbit” because he's a millionaire/billionaire chocolate company owner, is being inaugurated tomorrow. And these protestors are camping out until all is looking good and stable with this change. Powerful stuff to be here so soon after the fighting and now standing with the guys who just fought.

But this is all so new to me. I still have no idea where to place the Ukrainians. I met Drago, and Dragas, spent an awesome night with this group of locals, see some love for their country tonight, and just as we're leaving the war grounds a taxi pulls up. Out steps a protestor (evident by his army-like vest and the fact he was walking into one of the tents). But I swear he had just come from a rave; he's bouncing around with neon-green jumper pants. What?

It’s 3 a.m. now. Alex, his girlfriend (not her friend – she was wearing heels and had to go home) and I have been walking the city for the past three hours. We pass two guys happily playing badminton on the side of the road (because of course that is what people do in the dead of the night on the side of the road). Duh.

Man, it’s late. And I’ve got my fill of Ukraine for the night. “Who is playing music so loud at this hour?” I ask. Thirty steps later we meet a mobile coffee stand barista creating his own dubstep, rasta, underground music tracks…while serving hot cups of espresso of course. Alex sits down with him for the next 30 minutes showing him how he can get noticed via creating a Facebook page. Again, it’s 3:30 a.m., and Alex is sitting here talking with a 100% stranger about his musical future. You don’t find that kind of stranger care in many parts of the world.

Sure, at first take, Kiev’s people might not seem the warmest or friendliest. But I’m slowly seeing glimpses of the contrary and taking part in some special moments. Time to meet more of Ukraine… 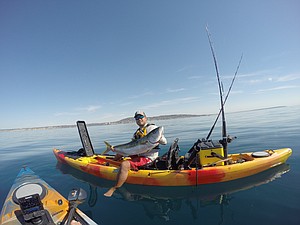