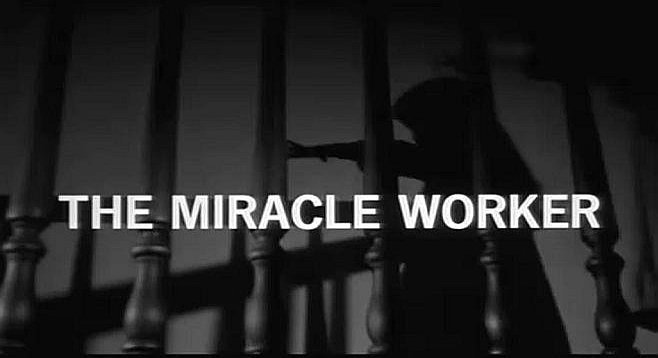 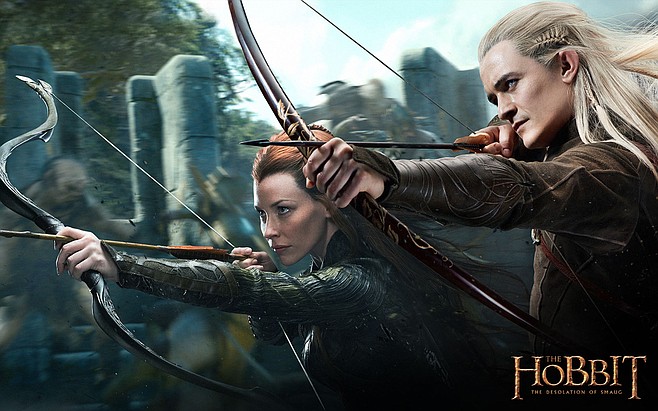 Anything you can shoot, I can shoot straighter...

Tauriel is a strong female character. You can tell because she is strong enough to kick a lot of orc butt, just like her male counterpart. She is not, however, strong enough to disentangle herself from a love triangle involving her prisoner, the dwarf Kili, and her prince, the elf Legolas. Nor is she strong enough to be honest with Legolas about why she wants to go after the orcs who are hunting Kili. Because without lurve and its attendant complications, how else are you going to be able to tell her apart from the boy elves alongside whom she is kicking so much orc butt? 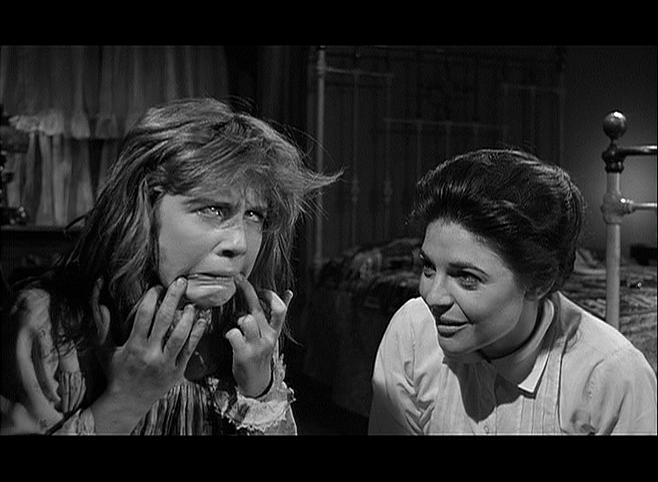 "Yes, I thought Tauriel was a dumb addition to the story, too."

I mention Tauriel only because last night, the missus gathered Clan Lickona around the TV to watch The Miracle Worker — the Anne Bancroft/Patty Duke version. You know the story, right? Tough as nails teacher Annie Sullivan comes to stay with a postbellum Southern family saddled with a problem child — a deaf and blind girl named Helen Keller. The great difficulty: how to reach someone when the normal pathways of communication — sight and sound — have been shut down?

Annie Sullivan is a strong female character. She has survived a hellish childhood and overcome her own handicap and has dedicated her life to helping others do the same. She totally dominates both Helen's father, a powerful Southern patrician, and his son, a smooth and seductive agent of despair. She sympathizes with Helen's mother but refuses to be mastered by her. She even refuses to allow herself pity for Helen, though Helen is nothing if not pitiful, because if she gives in to pity, it will weaken her resolve to compel Helen through the trials she must face.

Anne Bancroft in The Miracle Worker (1962)

And it is a trial. The film's most famous scene is the triumphant climax, when Helen realizes the relationship between the sign — the word "water" — and the signified thing — the water from the pump. But the dramatic centerpiece of the film comes much earlier, when Annie takes her first steps toward introducing Helen to her own humanity. If that sounds high-flown, let me put it more simply: Annie resolves to discipline Helen into sitting at table and eating with a spoon.

Prior to this, she has been allowed to [wander the dining room, taking food by hand from everyone's plate. It's the only way, says Dad, that the rest of the family can enjoy some adult conversation. But Annie wants Helen to join in that adult conversation someday, and ignoring her is not the way to get there. So she clears the room. An epic tantrum follows. 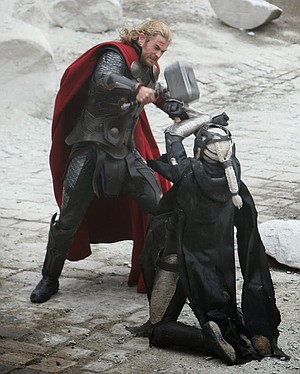 Good gravy, what a scene — and how well-directed. Harrowing, exhausting, a mighty contest of wills — love vs. selfishness duking it out, with significantly higher dramatic stakes than, say, Thor vs. the stuff that will reduce all being to nothingness.

The Miracle Worker came out in 1962, a year before The Feminine Mystique was even published. And it seems to me that its vision of female empowerment is a hell of a lot more meaningful than Girls Kick [Orc] Ass.