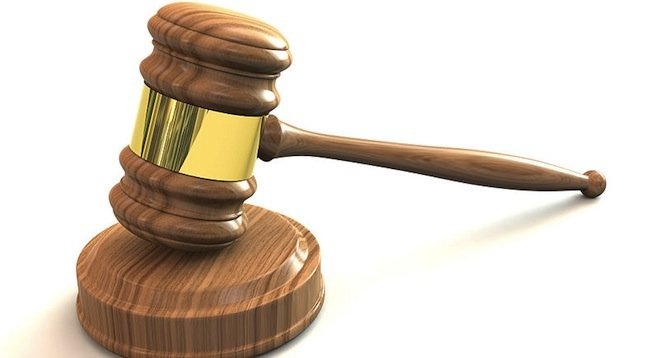 Lawyer cusses out judge, gets suspended

The State Bar of California has suspended Iwo Ostoja-Lojasiewicz for 90 days and placed him on two years of probation for trying to serve a subpoena on superior-court judge Timothy B. Taylor at his home

Ostoja-Lojasiewicz reportedly shouted at Taylor, "The pedicab case went to trial after you lost an appeal to me, and we won, so fuck you, Timothy B. Taylor!" The judge and his wife, a bankruptcy court judge, told the State Bar Court that they are fearful for their safety.

Ostoja-Lojasiewicz had sent a letter to the judge that the judge considered improper communication. Then the lawyer found the judge's home address and sent another letter, later showing up and peeking through the window.

Ostoja-Lojasiewicz reportedly tried to serve a subpoena on Judge Taylor and called him corrupt. Then came the cursing. The lawyer's "screaming accusations and profanities at Judge Taylor may be constitutionally protected. However, when included with respondent's escalating conduct toward Judge Taylor, [the lawyer's] conduct has caused Judge Taylor and Mrs. Taylor to have justified fear," ruled the State Bar Court.

I hope Iwo comes on this blog and explains why he does not like Judge Taylor. There are two sides to every story and Iwo should welcome the opportunity to tell his side. Iwo, are you there? Please explain your actions.

Burwell: Iwo can't practice law for three months, but he has said "f**k you" to a judge, which many other people have desired to do, but restrained themselves. Iwo should gather some admirers for his frank assessment, right or wrong. Best, Don Bauder

But he should have said FU it in a nice way.

shirleyberan: Perhaps you mean, "F**k you. Strong note to follow."

Now that the state bar has ruled that the phrase "Fork You" is constitutionally protected, all lawyers should feel free to use the phrase in their interactions with judges in courtrooms. Pretty much like Don did in Judge Gilliam's courtroom when he gasped and said "bull sheet" during Nancy Hoover's questioning. His comment was constitutionally protected.

Burwell: In fact, I never uttered a word. Sitting right behind me was a lawyer from the firm representing Nancy Hoover Hunter. When on the stand, she made an utterance that was not true, I turned astonishingly to the guy sitting next to me, but didn't say anything. That lawyer behind me, grinning like a Cheshire cat, got the judge to stop the proceedings. But I took a mea maxima culpa and left the courtroom. It was stupid, admittedly. Best, Don Bauder

Wow. Does it bother you Don that someone like Burwell remembers something from a courtroom from 30 years ago? I'm assuming that's the time frame referenced ? Creepy to me.

Ken Harrison: Burwell has a great memory. He or she is also a terrific researcher; you can tell from his/her posts. I would guess that incident happened in the early 1990s. Best, Don Bauder

The story was covered by many newspapers, including the LA Times, in a humorous way. I remember almost everything I read. Sometimes my recollection is not accurate or clouded by age. I can't remember what I did yesterday, but I remember what I read 30 years ago. I've read Microfilm of every edition of the San Diego Union, San Diego Sun etc. dating back to the founding of the paper. I also read Ken Harrison's Louis Rose society website, if he's that Ken.

Burwell: Wow. You have read every edition dating back to the founding -- not only of the Union, but also of the Sun. You are a real historian. But your posts on this blog show that you also keep up with contemporary events extremely well. I don't know who you are, but you are definitely a scholar.

As to my courtroom faux pas in the Hoover Hunter trial, I can remember something appearing in the LA Times, but don't remember it appearing anywhere else, except perhaps on one TV station. But you are the one with the memory, so I bow to your expertise.