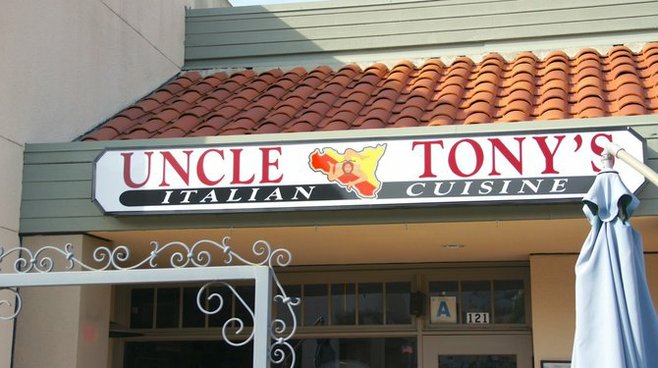 Two men who got shot while trying to rob Uncle Tony's Italian restaurant in Vista admitted to assault with a firearm, and each can expect four years in prison, according to their plea-deal paperwork.

Louis Enrique Cruz, 19, and Sergio Rivera Ramos, 24, were both charged with six felonies when they were brought into San Diego’s North County Superior Courthouse on January 8.

The charges included kidnap, attempted robbery, and assault with a firearm on three victims, in connection with an incident that occurred after 9 p.m. on January 3. Both defendants were reportedly on probation at the time.

One of the intended victims “retrieved his own handgun and shot the suspects in self-defense,” according to a statement by sheriff’s sergeant Jay Pavlenko. The would-be victim “fired eight shots from his handgun at the suspects while in the business” and “believed he hit both suspects in the upper-body area.”

Both Cruz and Ramos were arrested a few hours later, after deputies were called to the emergency room of Tri-City Hospital in the neighboring community of Oceanside. Each suspect was described as “armed with handgun” in one deputy’s report. 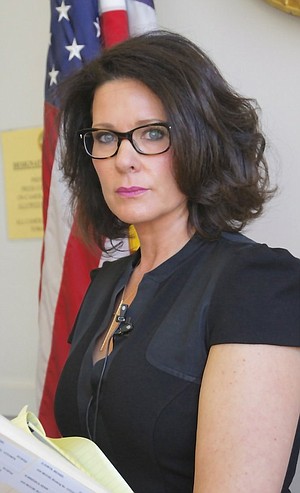 In paperwork signed on January 17, Cruz admitted that he “unlawfully pointed a gun at another person. I was personally armed with a firearm at that time.”

Ramos stated: “I assaulted Kyle Santiago with a firearm.”

According to the plea deal, both Cruz and Ramos specifically admitted assaulting 20-year-old Kyle Santiago, who is one of the victims named in the charging document by prosecutor Christine Bannon.

Sentencing for both men is set for February 19.

Thugs indeed! After all this tough-on-crime talk by our DA, she settles for a plea that gets them only four years in the joint. (Note that with all the prison overcrowding, they'll be released in far less than four years.) Had all those felony counts stood up in trial, these yo-yo's were looking at closer to forty years than four. And when you add in that they were on probation at the time, their sentences should have been enhanced. Maybe the judge and DA are taking into account that they "learned their lessons" by narrowly escaping death at the hands of a handgun-wielding victim who managed to fire off eight shots, hit both of them, and not kill one or both. Have they learned anything? Probably not, except to avoid Vista and stay in their own 'hood in Oceanside. Pretty pathetic, I'd say.

Your Sheriff continues to deny you your right to carry, while mine and the majority of California Sheriffs does not.. This armed victim, must then logically be the owner or an employee of the restaurant. He needs some range time. Misses can kill the wrong people. Shame on the DA for not protecting society from these thugs.

Please your Honor, please; vacate this atrocious deal and give these thugs the max. When are we going to really send a message to these people? Be an example, not just another bump in the road.

The District Attorney's office released this statement in December 2019, praising Deputy DA Christine Bannon: "In March 2019, the California Legislature signed into law Senate Bill 1437, changing the definition of malice as used in the law of murder. DDA Bannon has been the lead attorney for all SB1437 litigation in the San Diego District Attorney’s Office and manages petitions related to the bill. DDA Bannon has also trained DDAs on how to handle SB1437 petitions. Other counties have successfully argued to their courts that this law is unconstitutional based on DDA Bannon’s work. DDA Bannon excels as both a formidable trial lawyer and appellate litigator. Her contributions to both the San Diego DA’s Office and prosecutor’s statewide are worthy of the highest recognition." 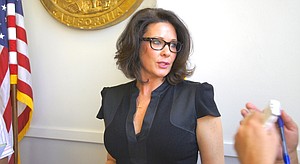