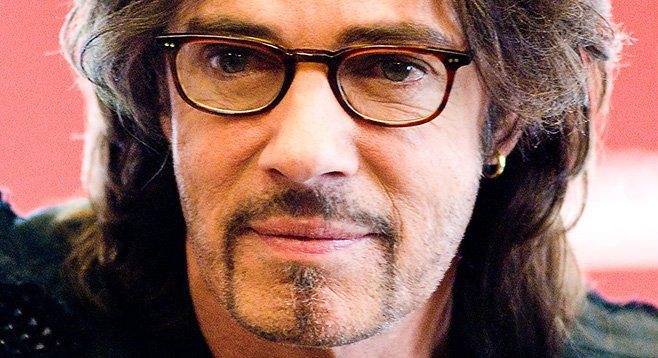 “Jorge, it’s Rick. Do you want to play with us?? Let me know ASAP. Maybe we can do a rehearsal.” When drummer Jorge Palacios saw that message from Rick Springfield in his email inbox, the drummer thought he was being asked to fill in for a show or two. “My response was, ‘Just say when and I’ll be there. And when is the gig?’” 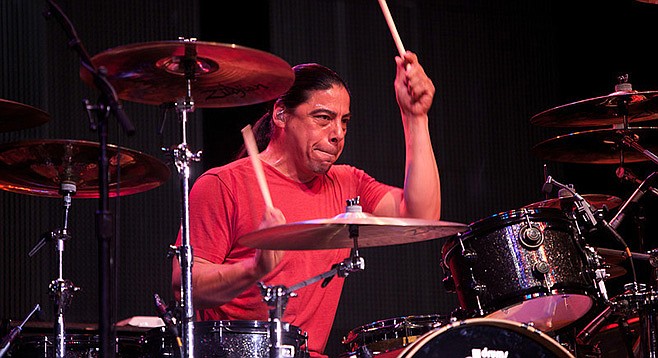 Palacios: "Nothing like learning a 90-minute set in 48 hours."

Palacios says Springfield was on the phone almost right after he’d pushed “send.” “This is going to be great,” Springfield said. “We’re going to have so much fun on the road.” It turns out that Springfield’s offer wasn’t just for a gig or two — it was for the entire tour as a permanent member of the band. “After I hung up, it dawned on me that I had just committed to a life-changing moment without realizing it.”

Palacios, 45, from Tierrasanta, is no stranger to Springfield. He’d first subbed for regular drummer Roger Carter in 2010 when a sudden illness left the seat behind the drums vacant on the eve of a three-day stand. “There’s nothing quite like learning a 90-minute set in 48 hours, then going straight to the venue for a show with no rehearsal.” Apparently, Palacios made a favorable impression.

“In the ’90s I used to play in an original band called the Mustard Seeds with two of Rick’s band members, guitarist George Bernhardt and bassist Matt Bissonette.” The fill-in opportunities filtered down through them, he says. “But when the day came that Rick needed a new drummer, he contacted me directly.”

I remember the ’80s hit records that more or less broke Springfield out of the role of Dr. Noah Drake in the daytime soap General Hospital. But my impression was that he had a lot more depth than pop hits like “Jessie’s Girl” demanded. I ask if the tour is a tribute to Springfield’s past or if there is much in the way of hard rock going on.

“Yes. Rick is a true rocker at heart. He likes the sound to be big and aggressive. It’s a style that is right up my alley. I never really knew this until I played with him the first time.”

Springfield turns 65 this August. Is he still a heartthrob? Yes, says Palacios.

“I’ve met fans three generations deep. The lines they stand in to get a picture or an autograph are always pretty long, but I never hear any complaining. Their loyalty to Rick is unlike anything I’ve ever seen before. We’ve all heard the cheering from your usual concerts, but it’s really something else when you hear actual screaming.”