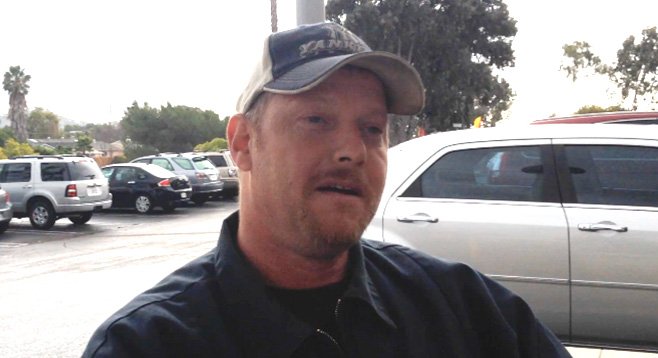 Where they may know Chibbles from is his appearances in pornographic parodies of The Wizard of Oz, The Addams Family, and Star Wars, in which he portrayed Chewbacca and managed to stay in character even during a scene with two female performers.

Chibbles has lived in the San Diego area for 13 years and been in the adult-entertainment industry for 12. Before that, he was lead singer for Hostile Intent, a hardcore band based out of New York.

He played a character named “Desperate Dick” in the first scene and “Chibbles the Clown” in two others, and fans and fellow industry insiders started calling him “Dick Chibbles.”

He works up in Los Angeles a few weeks of each month but lives in La Mesa with his wife of ten years, who briefly worked in the business under the name “Daisy Layne.”

When they met, his wife was working in the Coast Guard.

Chibbles has found another way to link to his punk past in each of his films.

“Usually I have the opening and closing credits be from my old band.”