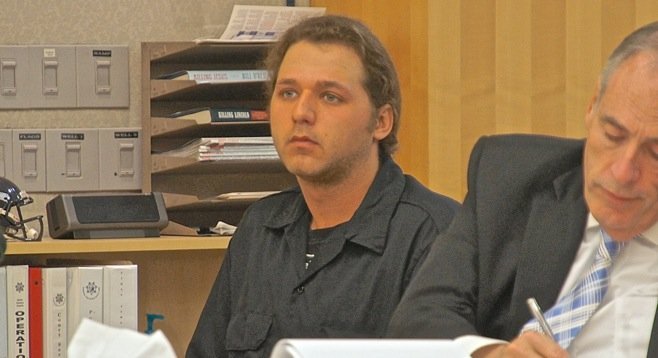 Paint on the bumper is insufficient evidence

All charges were dropped for a man who was accused of felony hit-and-run with injury, in connection with a motorcycle crash in Vista seven months ago.

During a hearing this morning, the alleged victim told a judge that he was riding his motorcycle on Melrose Drive when a car pulled out from a gasoline station and cut him off, which caused him to wreck. The crash victim said he swerved and braked hard and his yellow Honda motorbike flipped end over end, and he was thrown. The bike rider was taken away by ambulance, his arm broken in two places, at about 6 p.m. on September 2, 2013.

Another witness testified that a woman at the scene who had been driving a red Mustang handed to him a scrap of paper, and he then gave that information to a deputy who arrived. On the paper was a description of the offending vehicle, said to be a green Ford Thunderbird, one witness said. 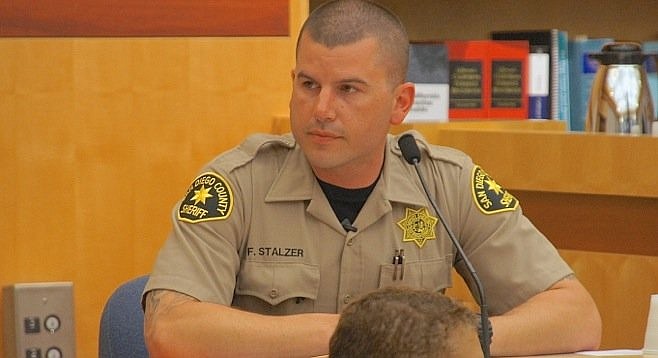 Sheriff’s deputy Frank Stalzer said he ran the license-plate number and found the registered owner had a prior conviction for hit-and-run, plus a suspended license. The deputy said he went to the address listed on the registration, on Dorsey Way in Vista, and found a green Ford Thunderbird parked in the driveway there. The deputy photographed the rear bumper of the Thunderbird, on which he noticed “some yellow paint transfer.”

Deputy Stalzer said he went to the front door and spoke to the registered owner of the car, Cody Buck. That suspect admitted being in the area at the time of the incident, the deputy said, but the man denied any knowledge of any collision.

Superior Court judge Robert Kearney found that none of the witnesses in court today could put the green Thunderbird at the scene. “There is no evidence that that car is involved,” the judge said, before he dismissed all charges.