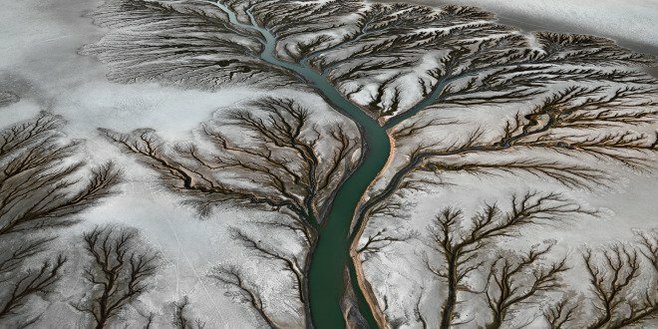 Jennifer Baichwal would loved to have been alongside co-director Edward Burtynsky when he introduced their latest collaboration, Watermark, at The Ken last night, but it was her daughter’s birthday.

Joined by Baichwal’s husband, cinematographer Nick de Pencier, the trio spent three years filming this rapturous documentary essay on humankind’s thirst for and dependence on water, and an additional eleven months paring hundreds of hours of footage down to 92 minutes. This is the same trio responsible for the spellbinding Manufactured Landscapes.

Scott Marks: At what point during the production did you decide to keep dialog/narration to a minimum and allow the power of your images to tell your story? 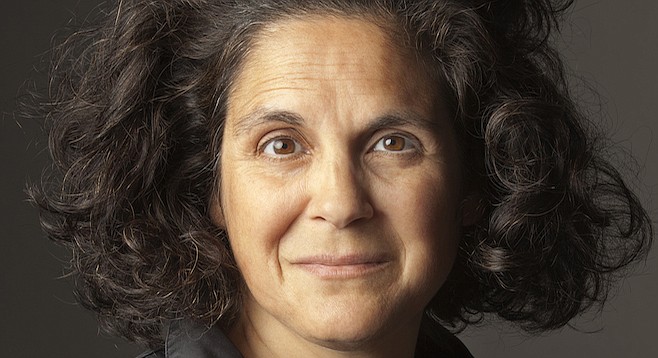 Jennifer Baichwal: Talking with Ed from the very beginning, we knew that with twenty different threads in the film the visuals had to do the heavy lifting. If you needed too much information to understand something it would become way too dense. All you need to know about the Xiluodu dam is that it’s six times as big as the Hoover. (Laughing.) That’s the key to understanding that dam. We tried to focus on stories that had that impact because that’s the way of making it experiential for the viewer.

SM: You get all your points across by smuggling in your information. You never rely on talking heads to tell you how to react.

JB: I’m glad you say that because it’s also something people frequently have trouble with. They assume that documentaries are polemic or journalistic and that they’re being persuaded. You present the viewer to these worlds. You take them to these places that they’re connected to in some ways, but would never normally see, then let them form their own conclusions from being in that place.

We are connected to the Xiluodu Dam because the dam is China’s idea of green power. Why do they need power? Because they are still the industrial power hunks of the world and making all the stuff that we use every day. We’re connected to Dhaka because 90% of the leather that’s produced in those medieval tanneries that have no regulations is for export. Preaching is a way of completely stopping the conversation. It becomes yes or no: you agree or you don’t agree. But when you are drawn into something that is experiential, where you can come to your own conclusions about something, I think that’s more powerful.

SM: Maybe you can insert a laugh track for the television release.

JB (laughing): We keep talking about when’s the comedy. The next one will be a comedy.

SM: I dun’no. The Chinese tourists taking pictures in front of the Xiaolangdi Dam got a rise out of me.

JB: It’s become a tourist attraction because it’s such a spectacle.

SM: People taking pictures in front of a torrent of dirty water made me laugh.

SM: There are several moments in the film where at first you’re not quite sure what you are looking at. At one point I thought I was looking at a chest x-ray until the camera pulled back to reveal it was branches of a river.

JB: Those tree forms are in the Colorado River delta, which, of course, is very connected to California because of all the water that is taken off the Colorado — which means the delta is dry. Those branches are the ocean coming up to meet the river in the dry delta and not finding it. That delta used to be a wetland. That image was incredibly powerful. You know what another funny moment was? Those created waterfront places in Discovery Bay. It’s extraordinary the lengths people will go to be around water.

SM: What was the most challenging image for cinematographer Nick de Pencier to capture?

JB: Nick is my husband and we’ve been making films together for twenty years. Because we are married and have two children together we talk about shoots before hand in quite a practical way. We made a film about lightning and we had to not both go down to the dock at the same time with the metal tripod to film the storm in case we got struck. We can’t both be taken out. (Laughing.)

The most complicated shot, in which Nick and Ed went up alone in the helicopter, was the river canyon at the end. That is a real helicopter. It’s not a remote. In some cases there was only 40 feet of clearance between the two sides of the canyon. They pierced down through a cloud that was hugging the canyon and couldn’t see a thing. The cloud ended up being this beautiful softball that filtered the light. Flying through the canyon and knowing where to go with this pilot was a really tricky thing to get and also quite dangerous. 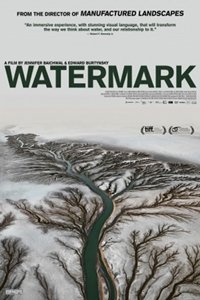 SM: What blew me away more than anything were the transition points where dead land suddenly comes to life.

JB: When I was editing...the editing took almost a year. As you can imagine we had these incredibly high shooting ratios, something like 180 x 1. I knew the juxtapositions had to illuminate each other. By putting one thing against another it changes it and lights it up in a different way. That was deliberate.

SM: This is a wonderful film for families. Does the PG rating for smoking bother you?

JB: It kinda does. In Canada it was G and we had tons of kids come and see it. There’s one shot of a guy smoking from a traditional pipe in the rice paddies. We had thousands of students, elementary and high school, see the film. I did Q & A’s with them and their response to the film was amazing. I would say to parents that one image of a guy smoking is not enough to keep children away.